Climbing the Middle & the South Tetons 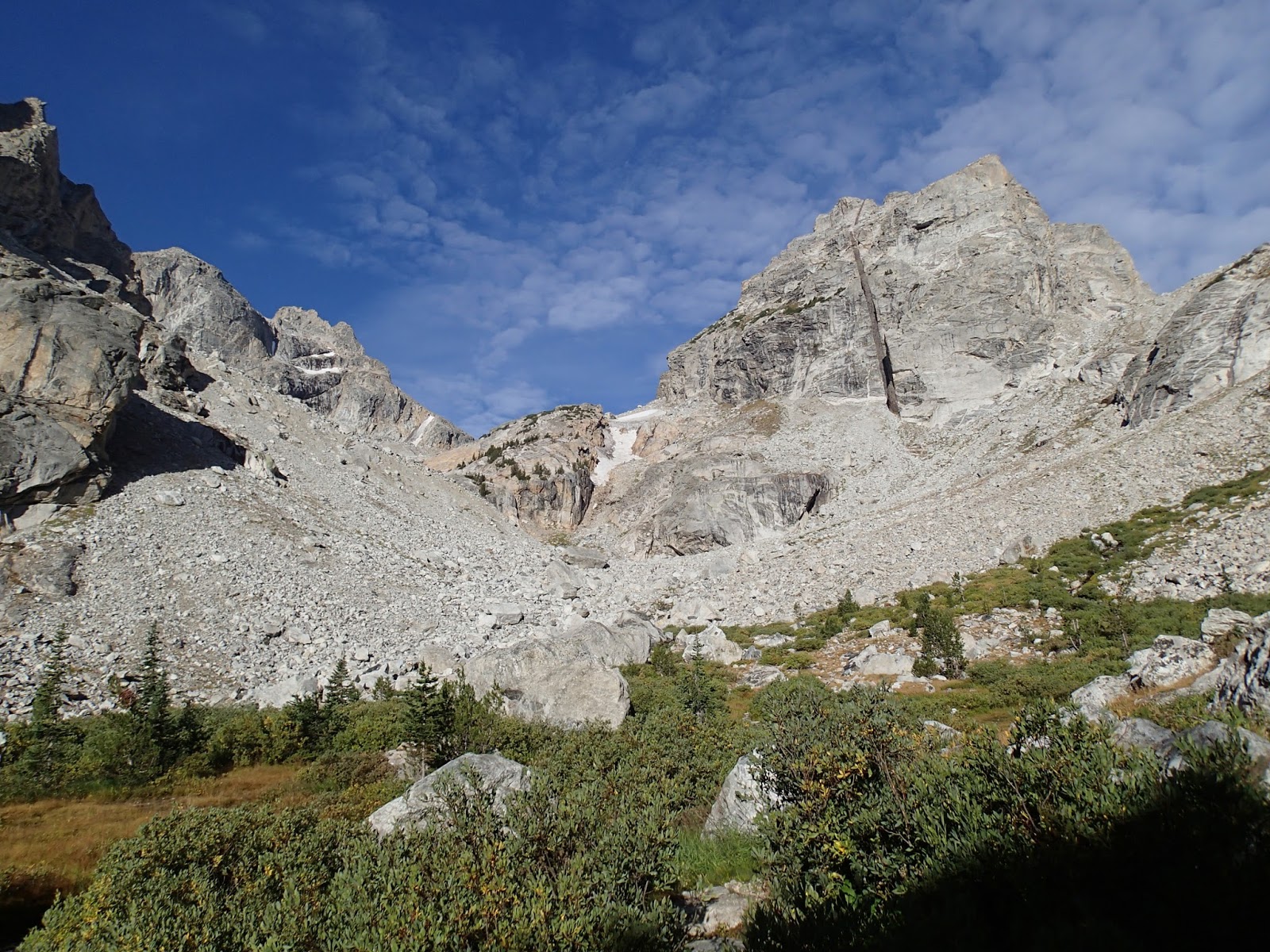 The Middle and you can barely see the South on the left
Everyone in the Teton Valley seems to be an alpinist. I have never had the motivation to be one because it involves long days, lots of vertical, lots of scrambling through scree/talus fields and a long down hill that, in the Winter is the best part about splitboarding, is unbearable in the warmer months. But I wanted to get another notch on the belt after climbing Buck Mountain.

The night before, and the week before, I knew I was short on time to an extent. I had obligations to meet up the girlfriend's parents but that would not be until around 7pm. "Okay," I thought, "this gives me roughly 12 hours to do something a little bigger than I am accustomed to."

After reading about the Middle, I thought I would try for it. Class 3 scramble up the SW couloir. Sounds pretty easy, but wait the South peak is not that far from the adjoining saddle. Reading about the two summits in the "A Climber's Guide to the Teton Range" guidebook, that is actually how they were both climbed on their first ascents by HO, Morris and Irvin Christensen in 1927. Only difference is that they climbed the South from the South, then trekked over to the Middle. I plan to go to the middle of them and split it. From peak to peak it is only a mile so not much is being added in the grand scheme of things. Grant it, it is half a mile down, then half a mile back up of about 1100' of vertical gained/lost.

The South would also by a class 3 scramble, so nothing too nuts, I just assumed it would probably be a long day.

Starting at 7am I made my way up Lupine Meadows. 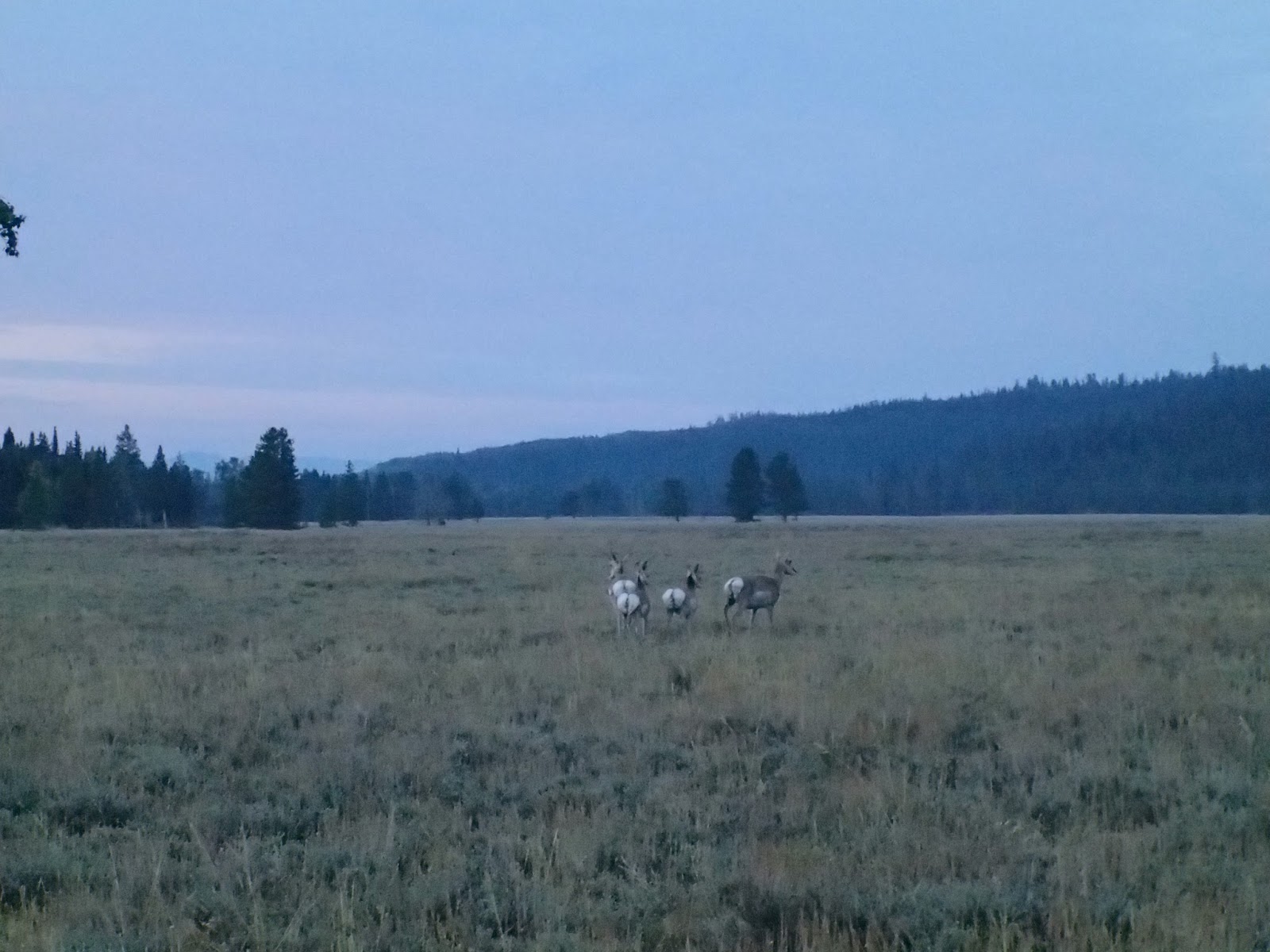 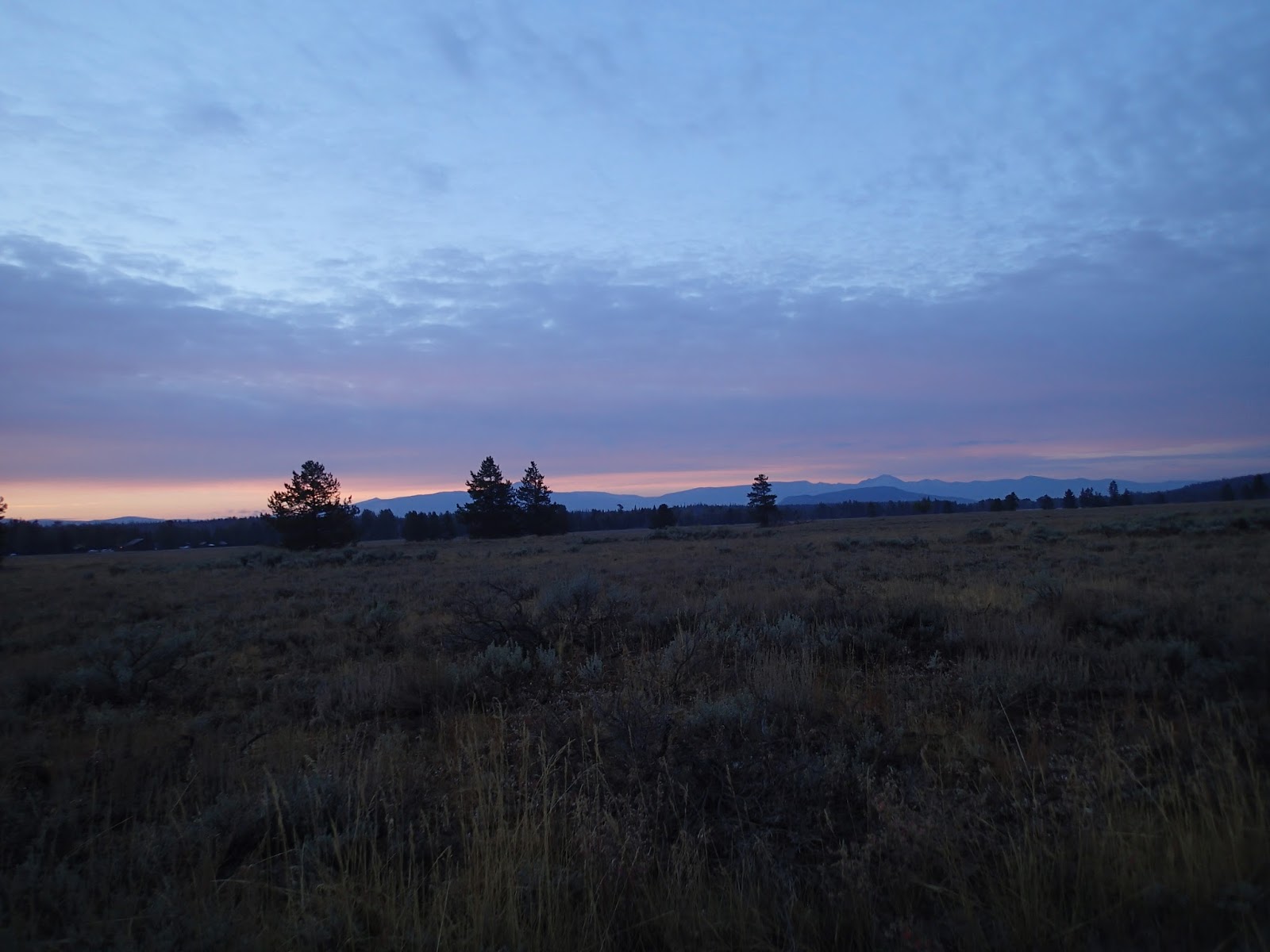 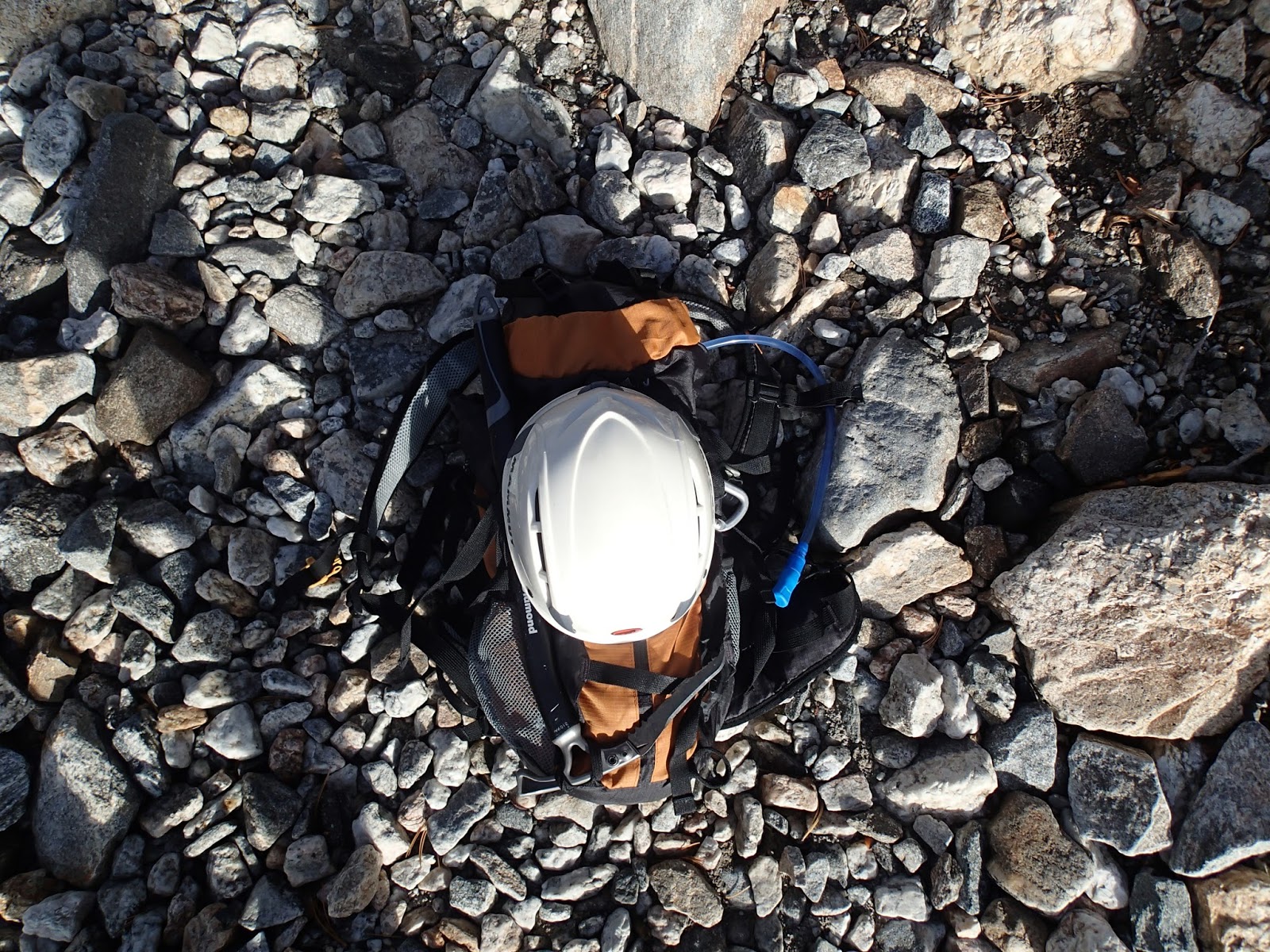 Hitting the Summit of the Middle at 11:20am. 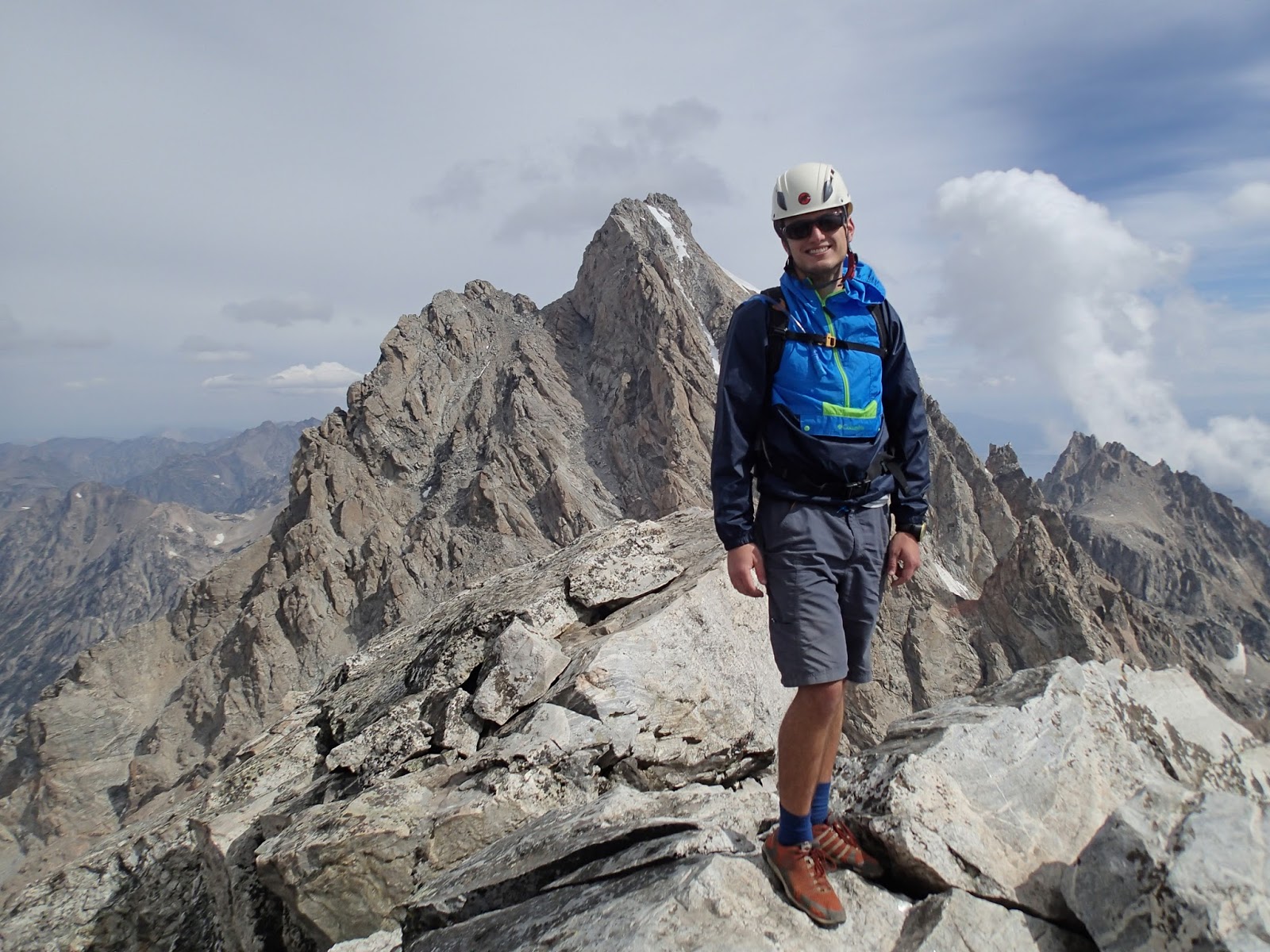 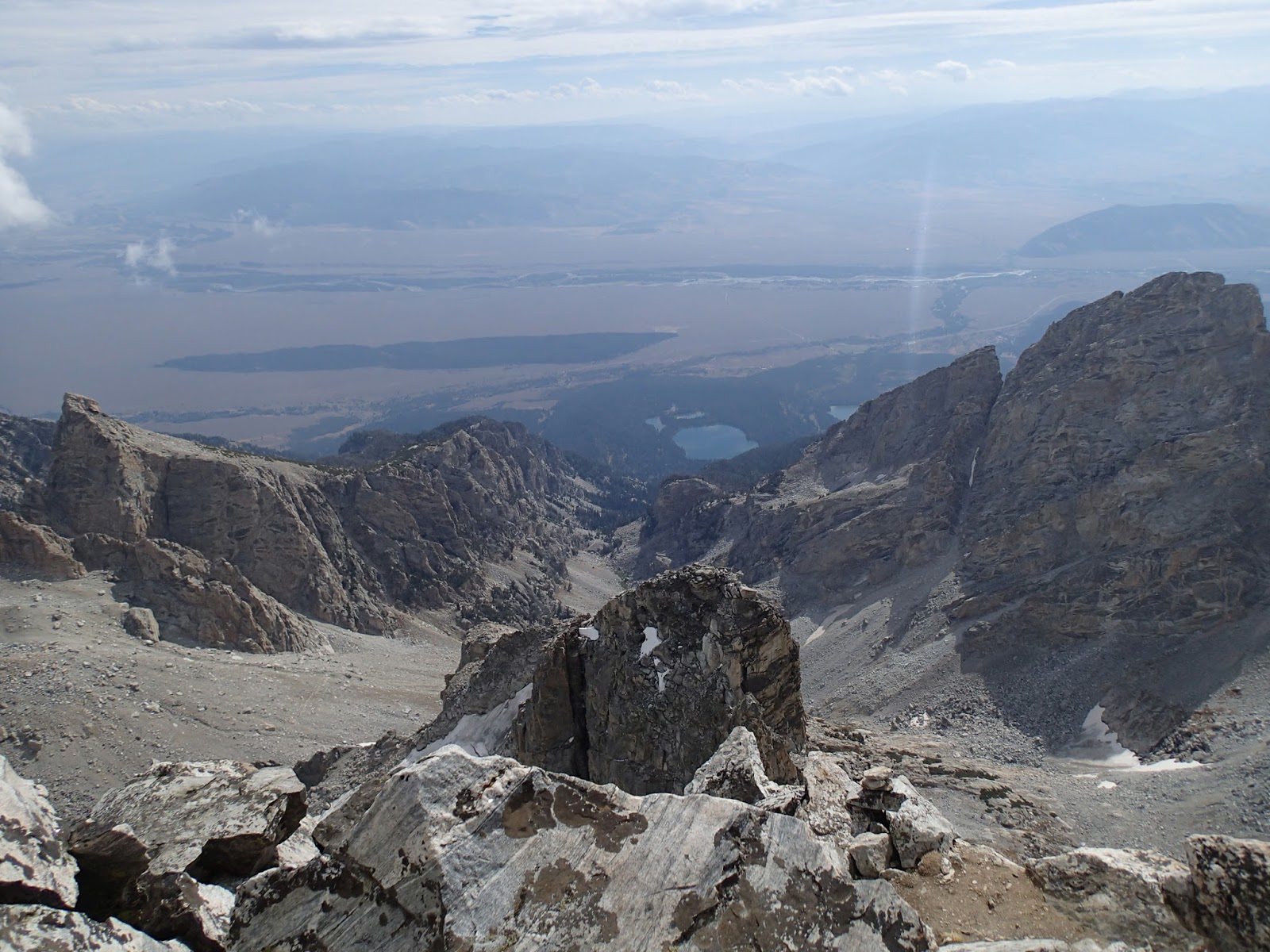 Looking straight down the east face of the Middle 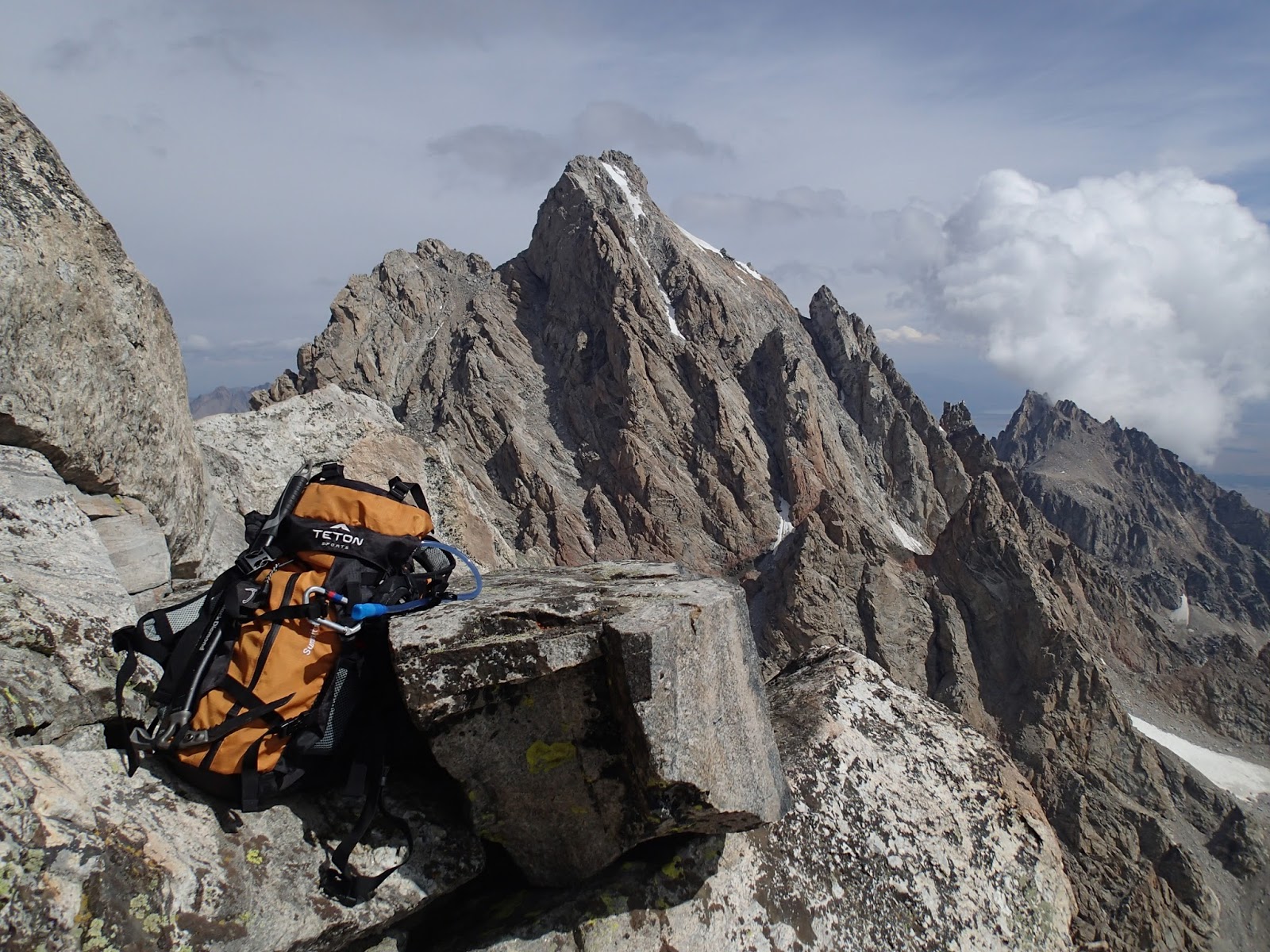 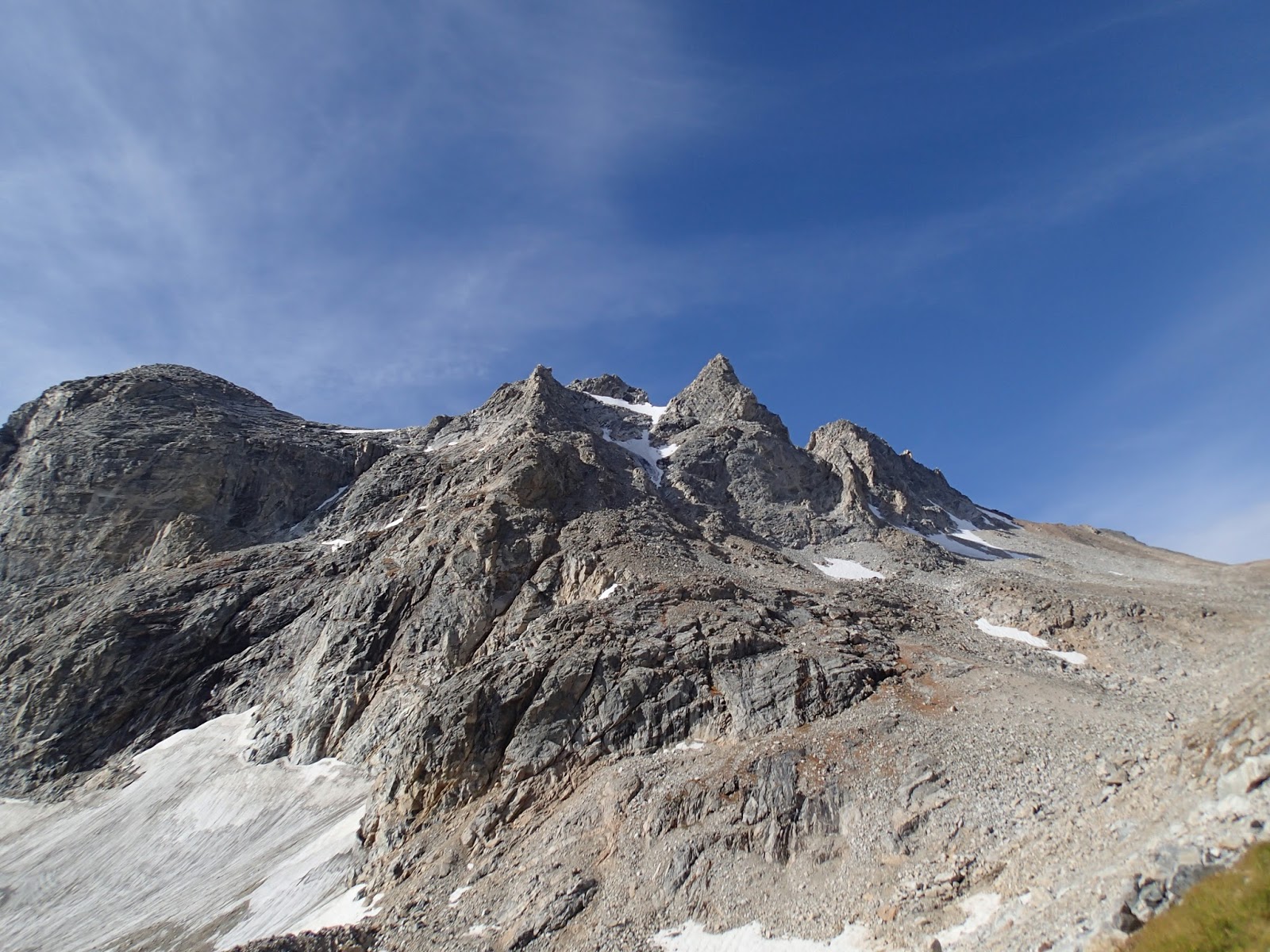 The South from the Middle

Hitting the Summit of the South at 1:50pm. 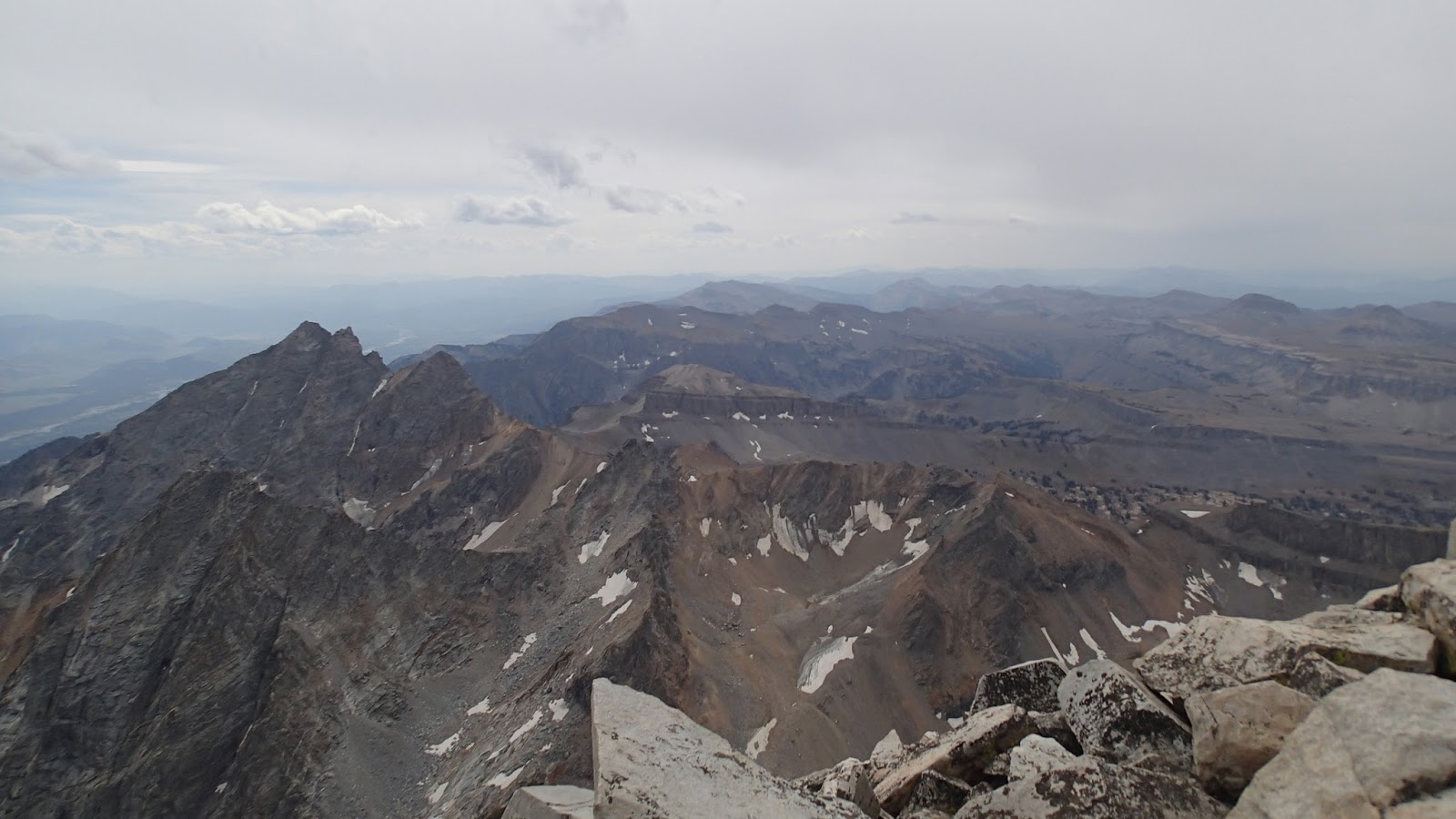 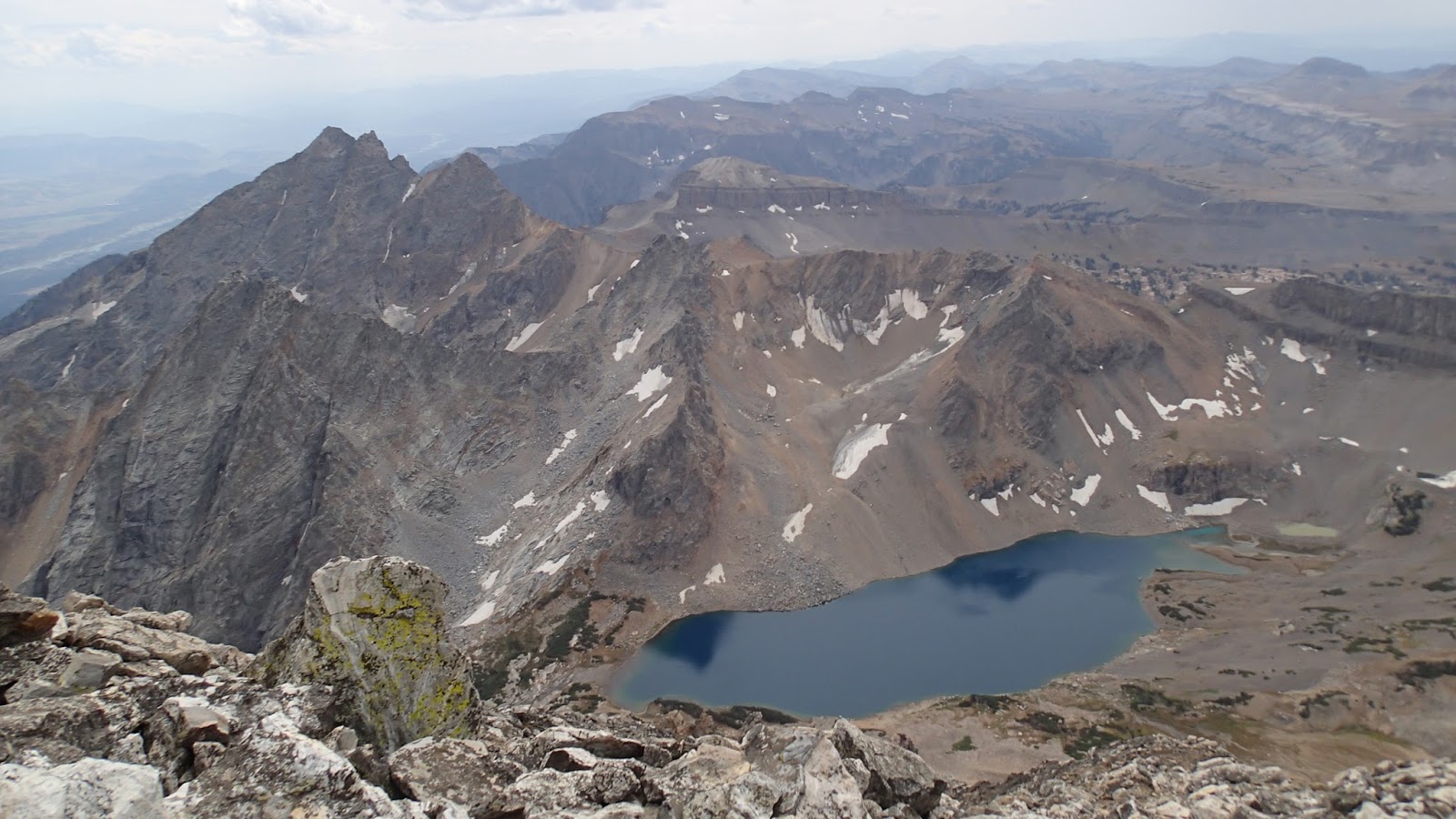 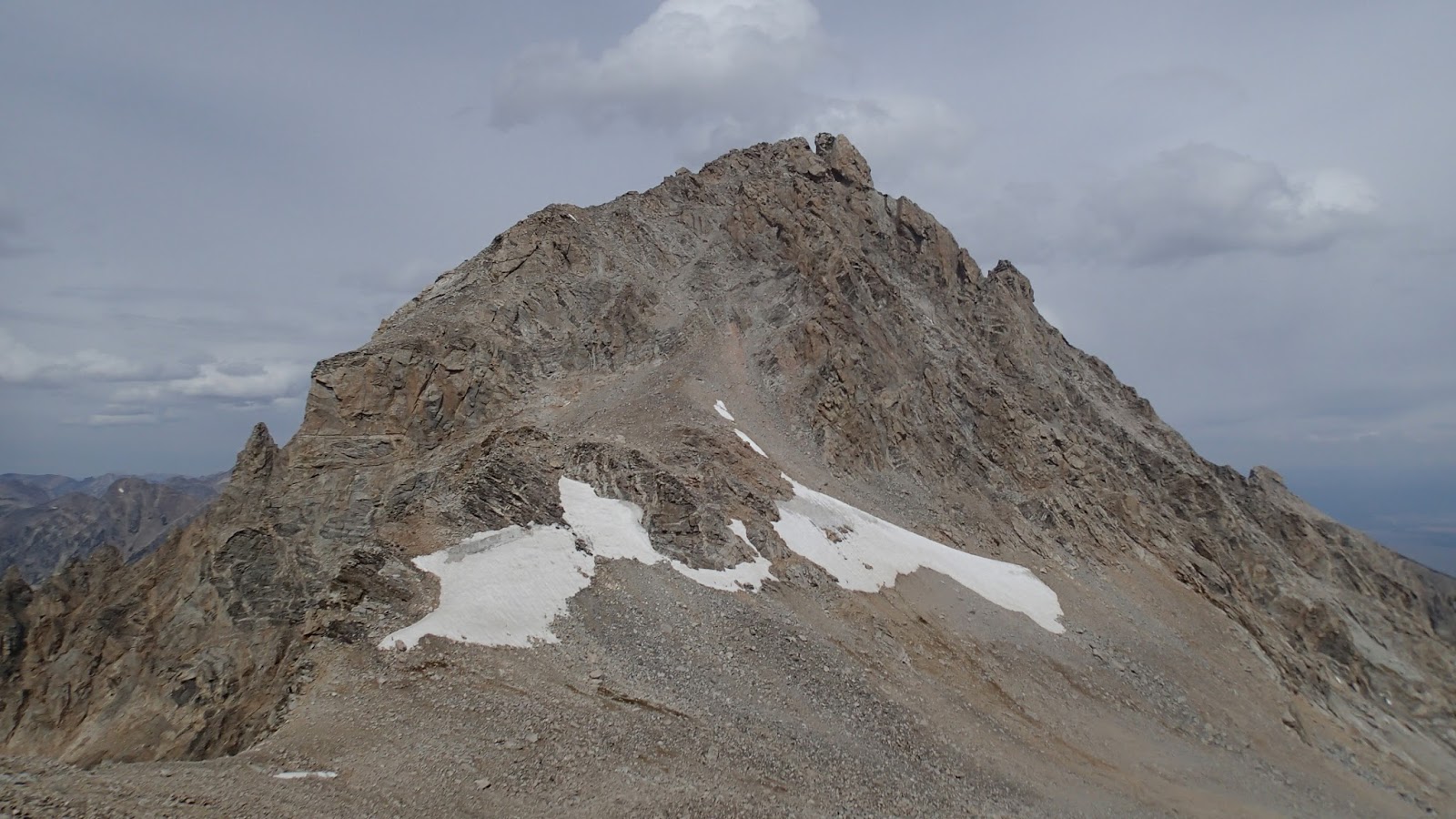 The Middle from the South

Finishing at the car at 5:43pm with a total time of 10 hours and 43 minutes. (You can see my route on the bottom of this post.) 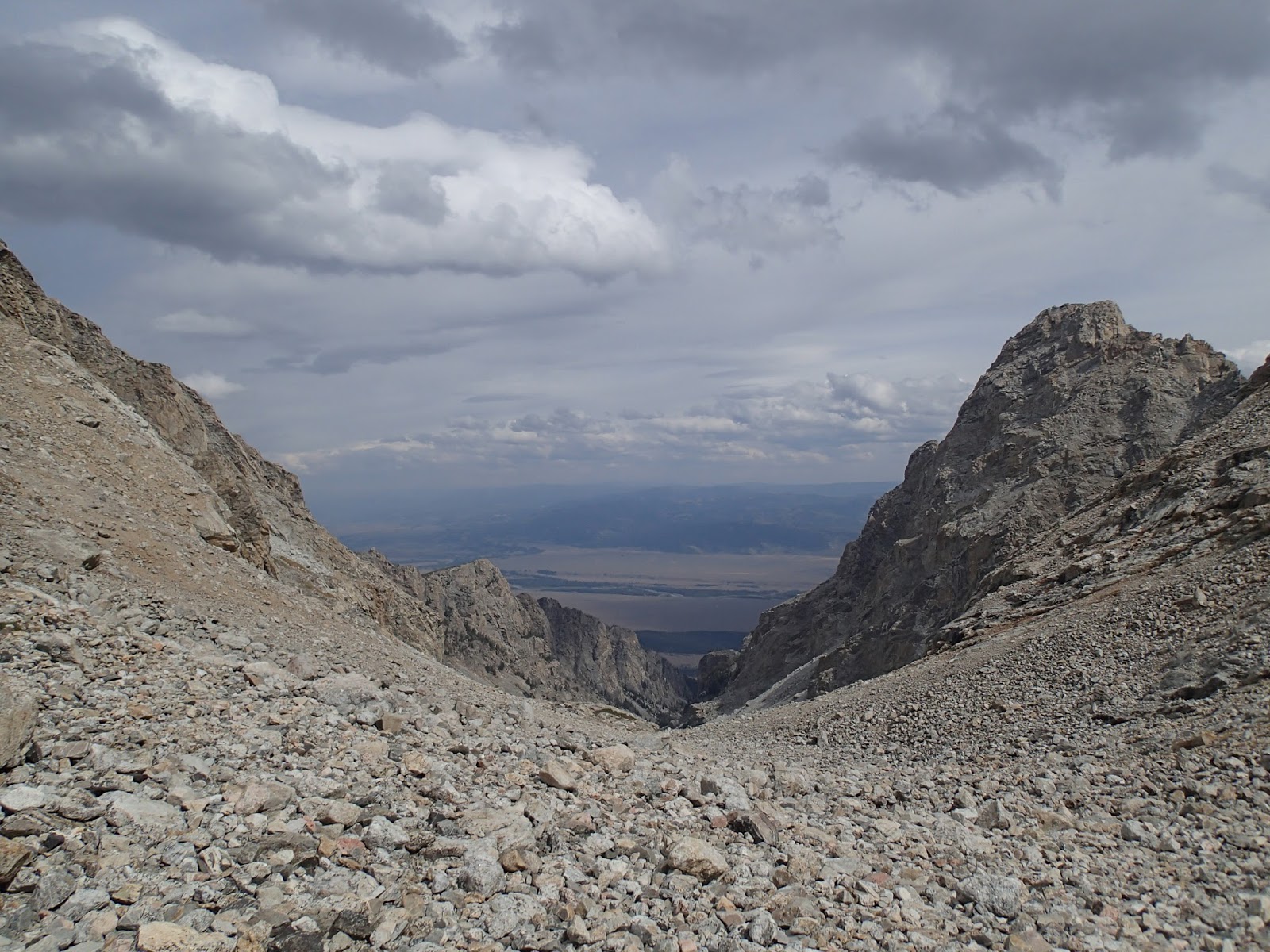 So much scree looking back down on my return route 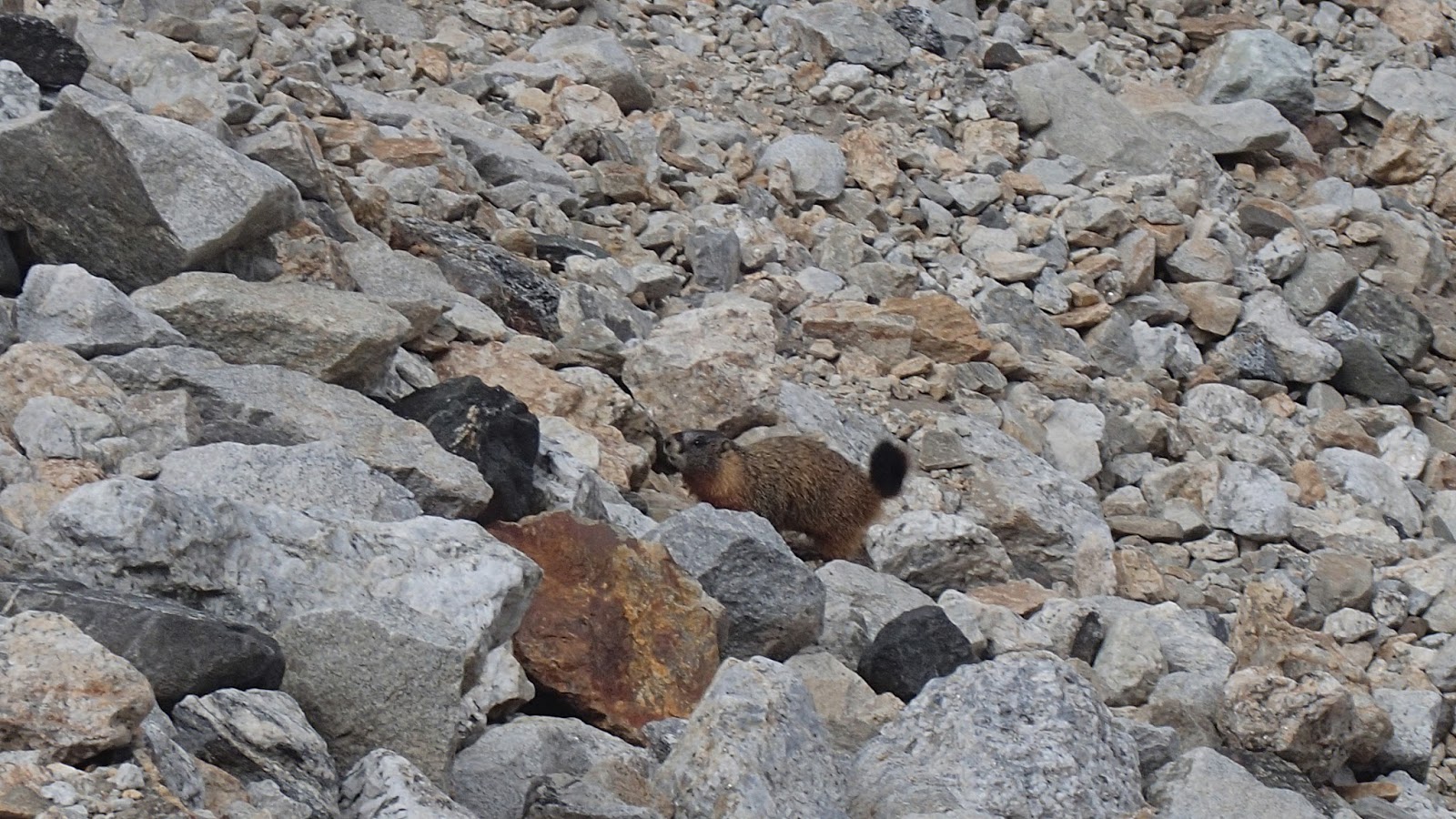 In conclusion, if you are considering doing this, give yourself enough time, water, and food to do it. It is not that difficult of a hike but it is a slog. Looking at the times I made up the Middle quicker than I thought I would, but the slog back down to the saddle and up to the South summit took way longer than expected. I was exhausted and felt out of shape but it did get done on another great day in the mountains.

I you are reading this wondering on time frames, these are some honest times and I would consider myself a healthy, athletic guy. So you can base your own times on that. It might be tough to do that, but it is better than nothing after looking at the internet to see who else has done it.