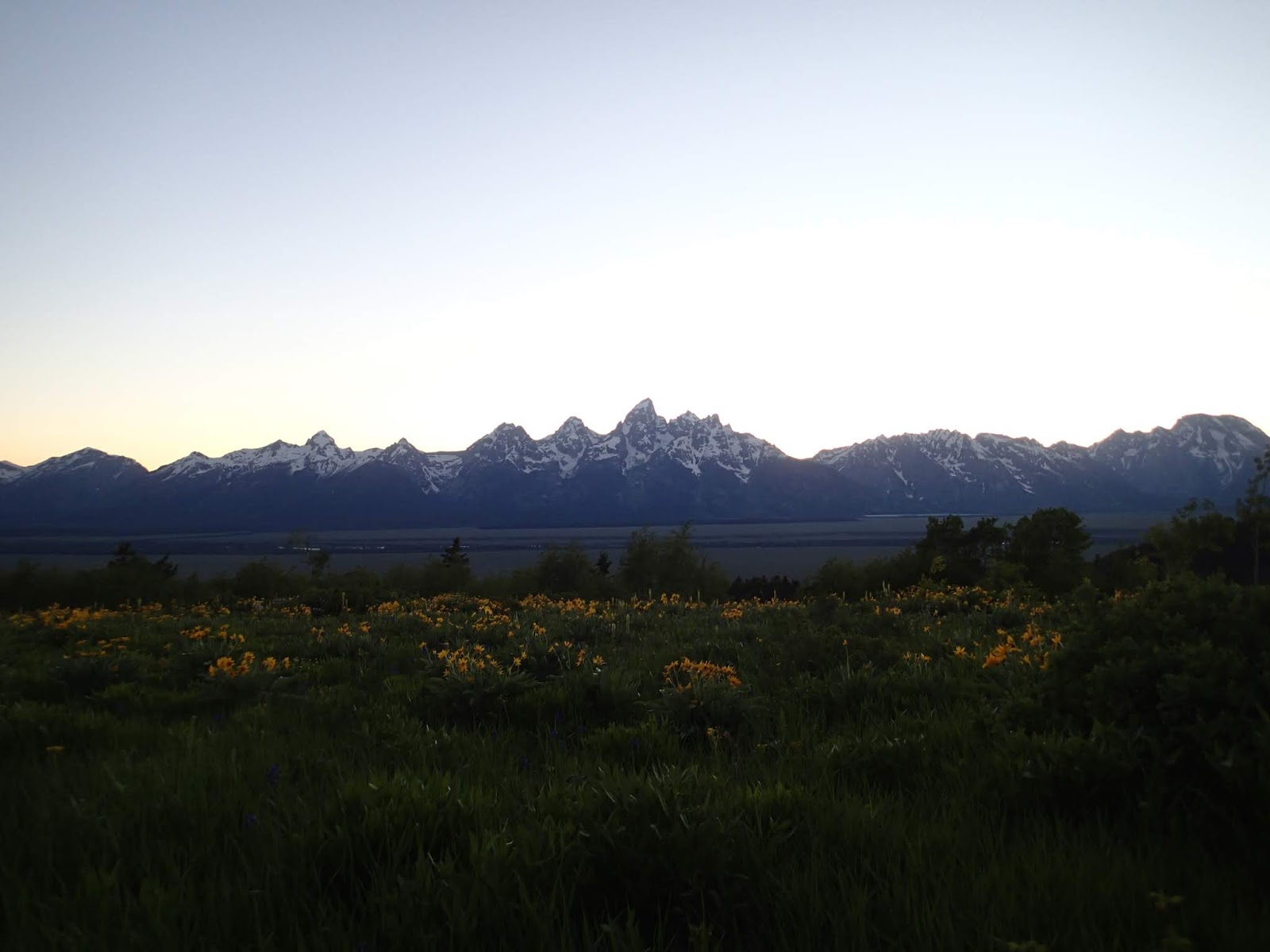 The Grand, for short, tops out at 13,775' roughly 7,000' from the valley floor. It was first climbed in 1898 by William O. Owen and Franklin Spalding. There are conflicting stories stating that it was first climbed in 1878 but by most accounts the first ascent goes to those guys. It has been climbed by other climbing pioneers like Glenn Exum, the founder of Exum Guides.

It is an iconic climb and is a test piece for climbers. It's not necessarily a difficult route, but the exposure and winds can beat you down a little bit. With a calm head (and knowledge of trad climbing obviously), you can cruise through a majority of the routes to the summit.

Our plan was to climb the Upper Exum Ridge in a day, starting at 3:00 am from the trailhead. We made quick work of the 6 mile hike, took a break at the Lower Saddle before gearing up to hit the Upper Saddle and eventually get on rope and route of the Upper Exum. What we didn't do was find the traverse over to the Upper Exum and ended up on the Owen Spalding (OS), a usually heavily trafficked route.

We got about halfway up to the OS and realized our mistake but kept going. Our main objective was to summit, not to climb the Exum. The upside of the OS, there was no traffic. Downside, it was snow covered with snow that had been lingering from a storm that had hit back in August. It made the climbing...interesting.

Nevertheless, we summited and had to hike back down through the snow in slippery hiking shoes and it was a long day. I think total time out car to car was like 14 hours or something. I don't know what our slow-up was besides the snow, or we're out of shape.

We submitted though and that's all that matters. 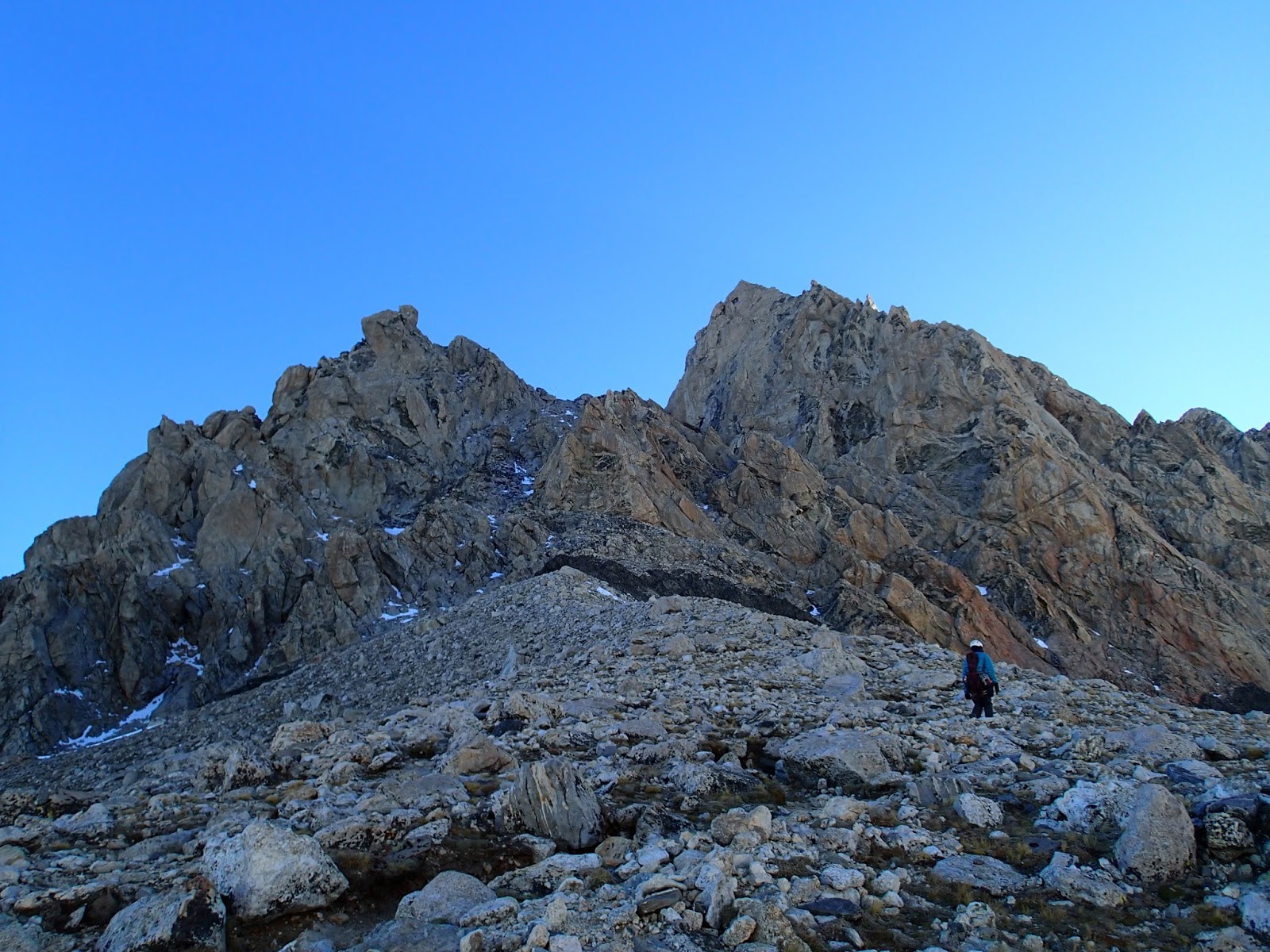 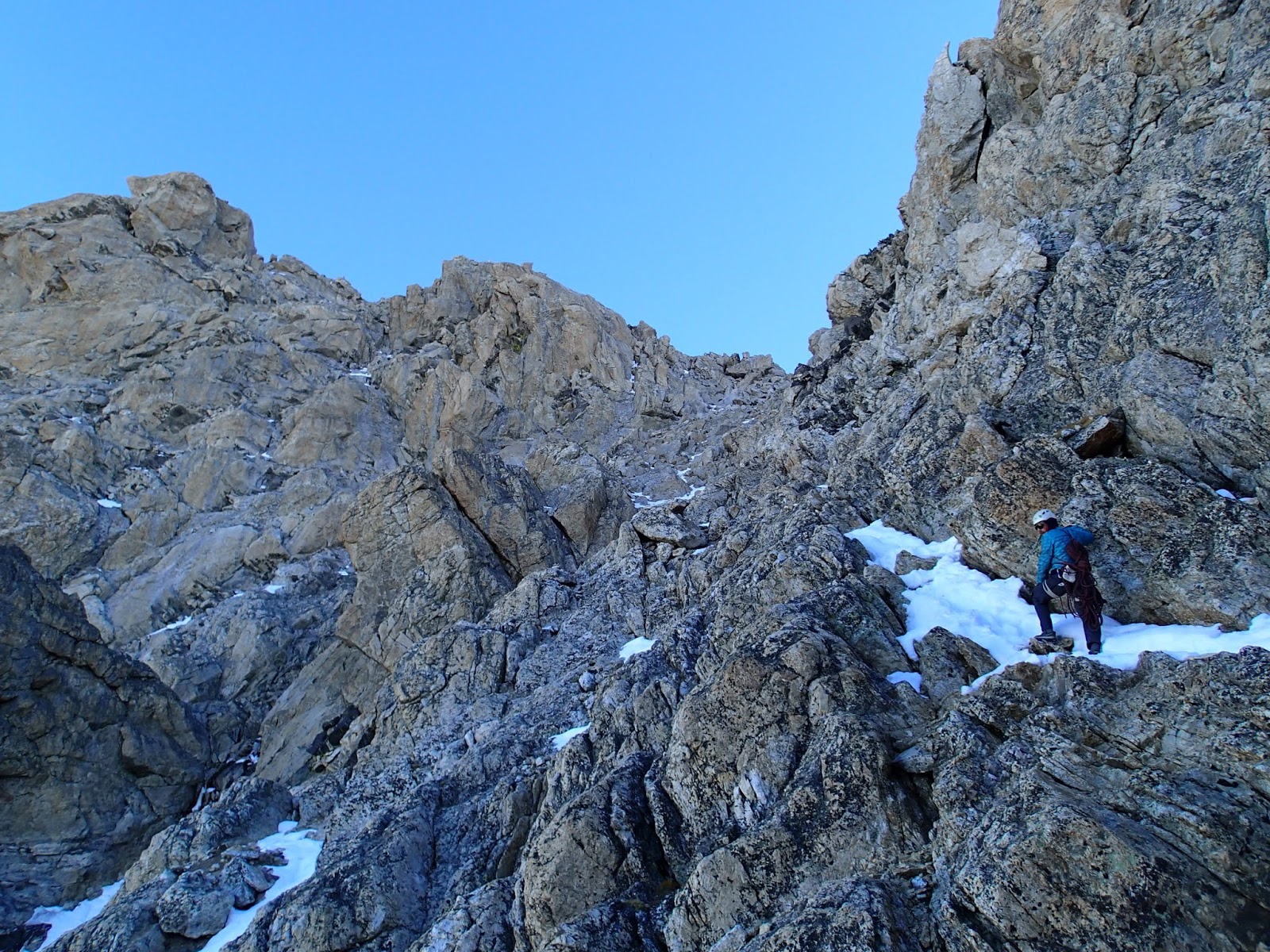 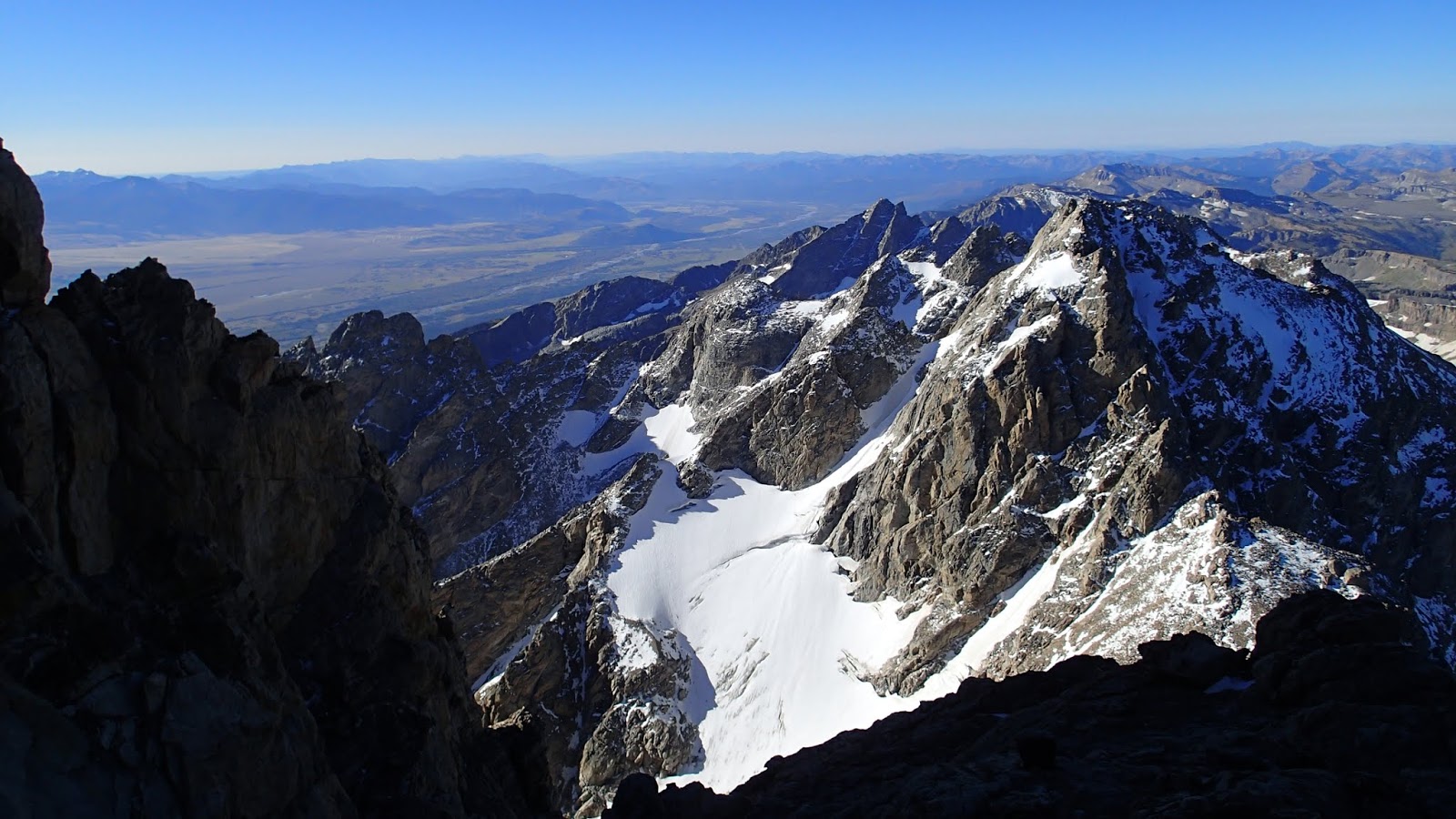 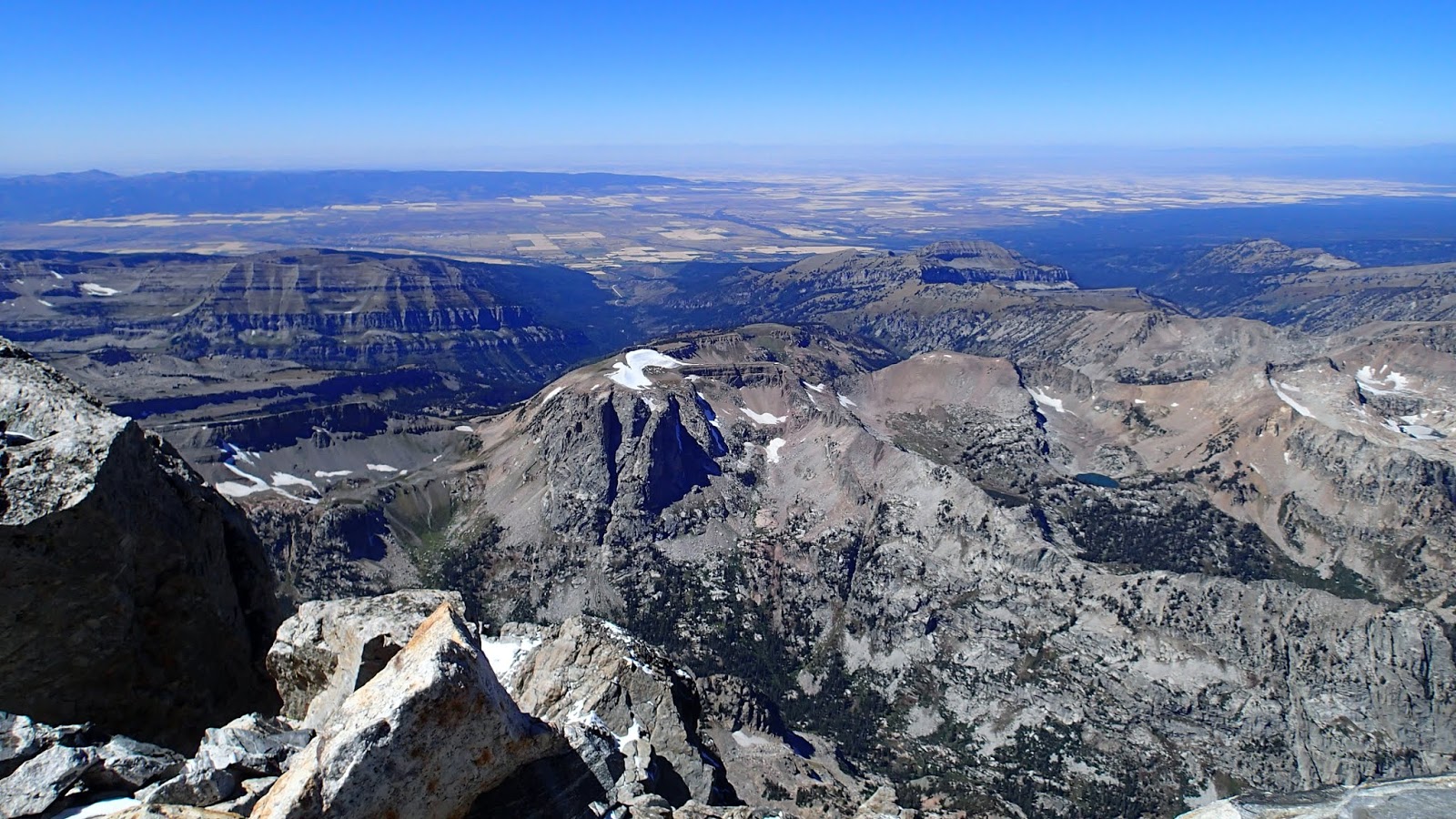 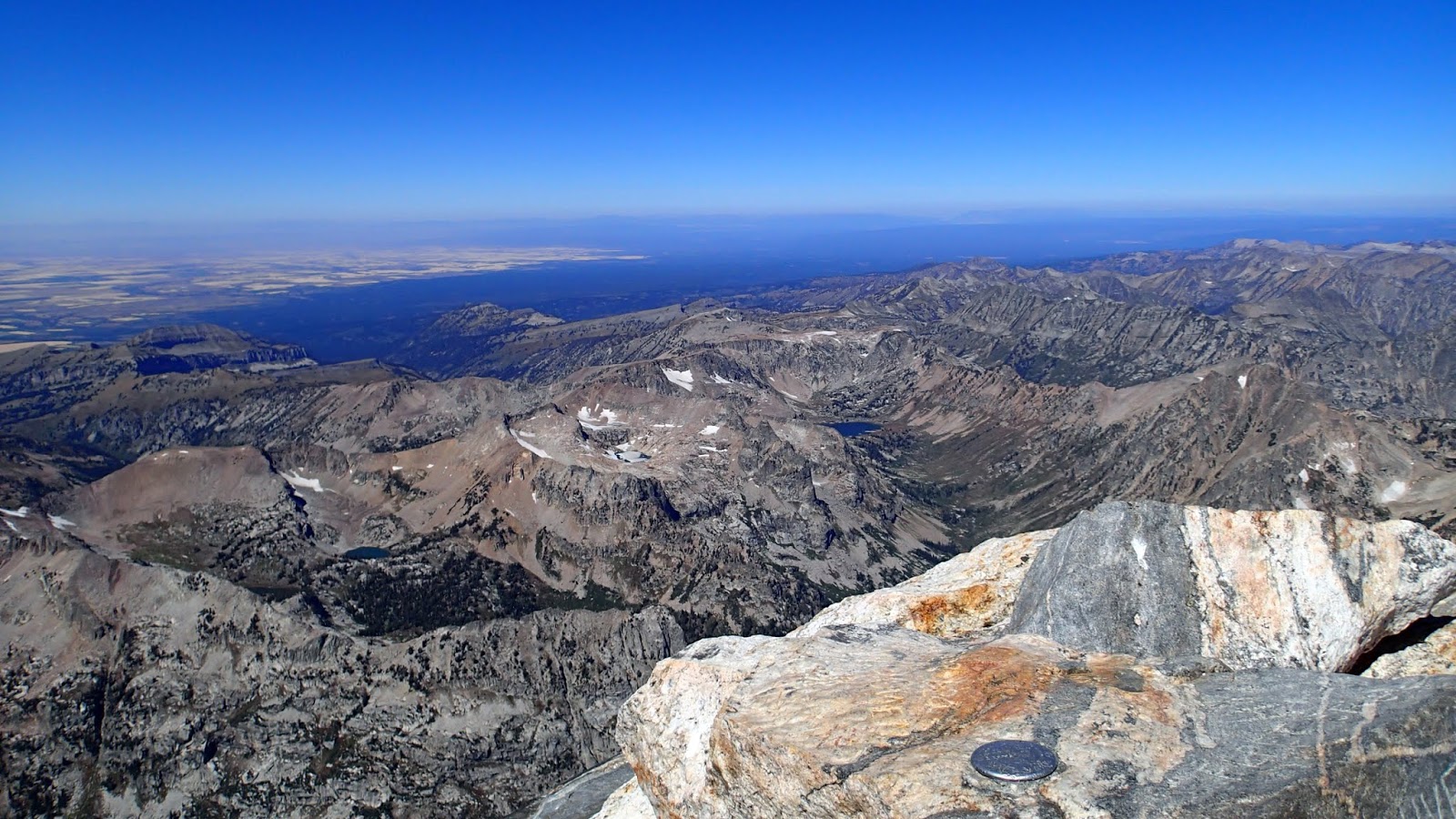 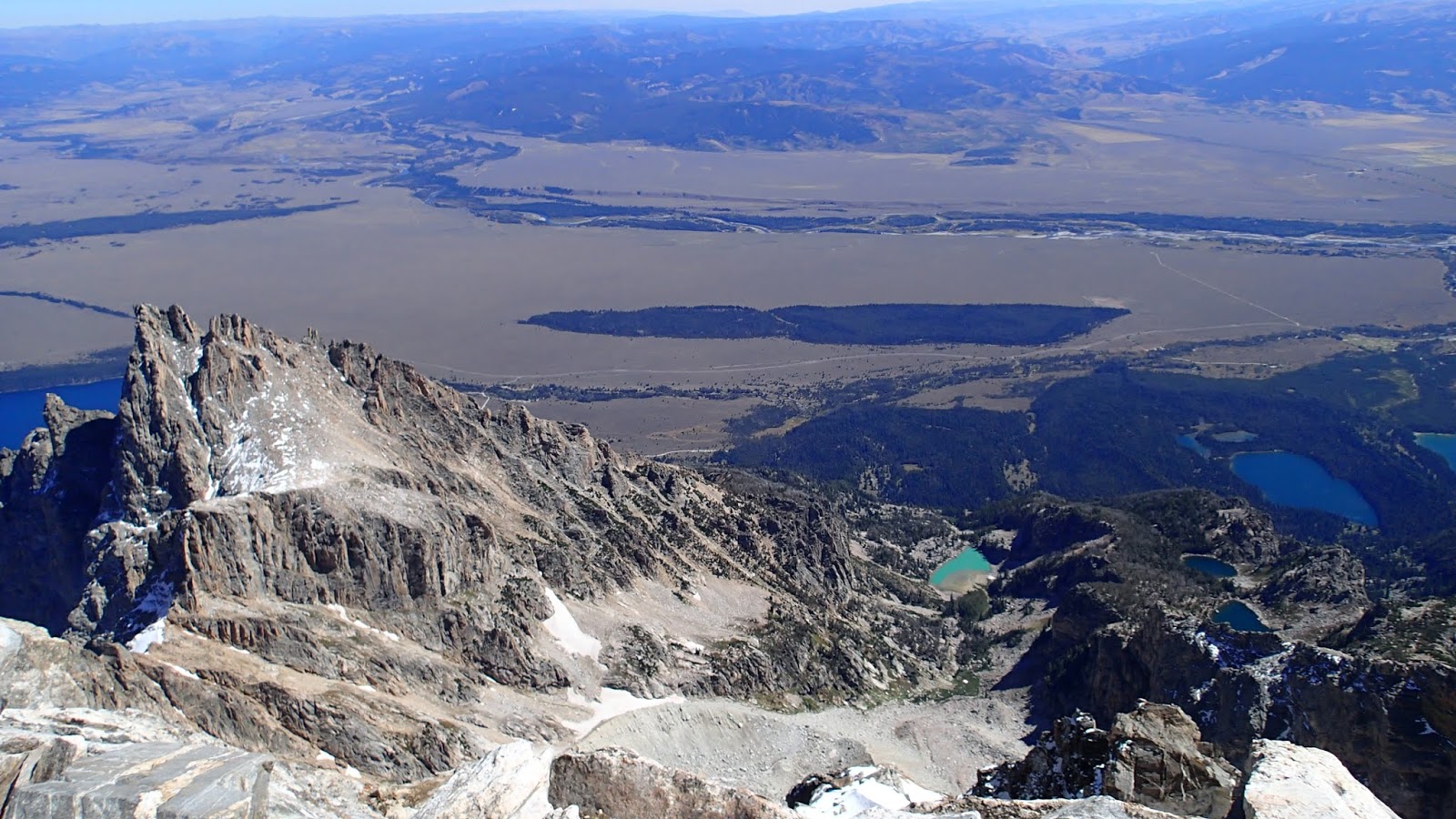 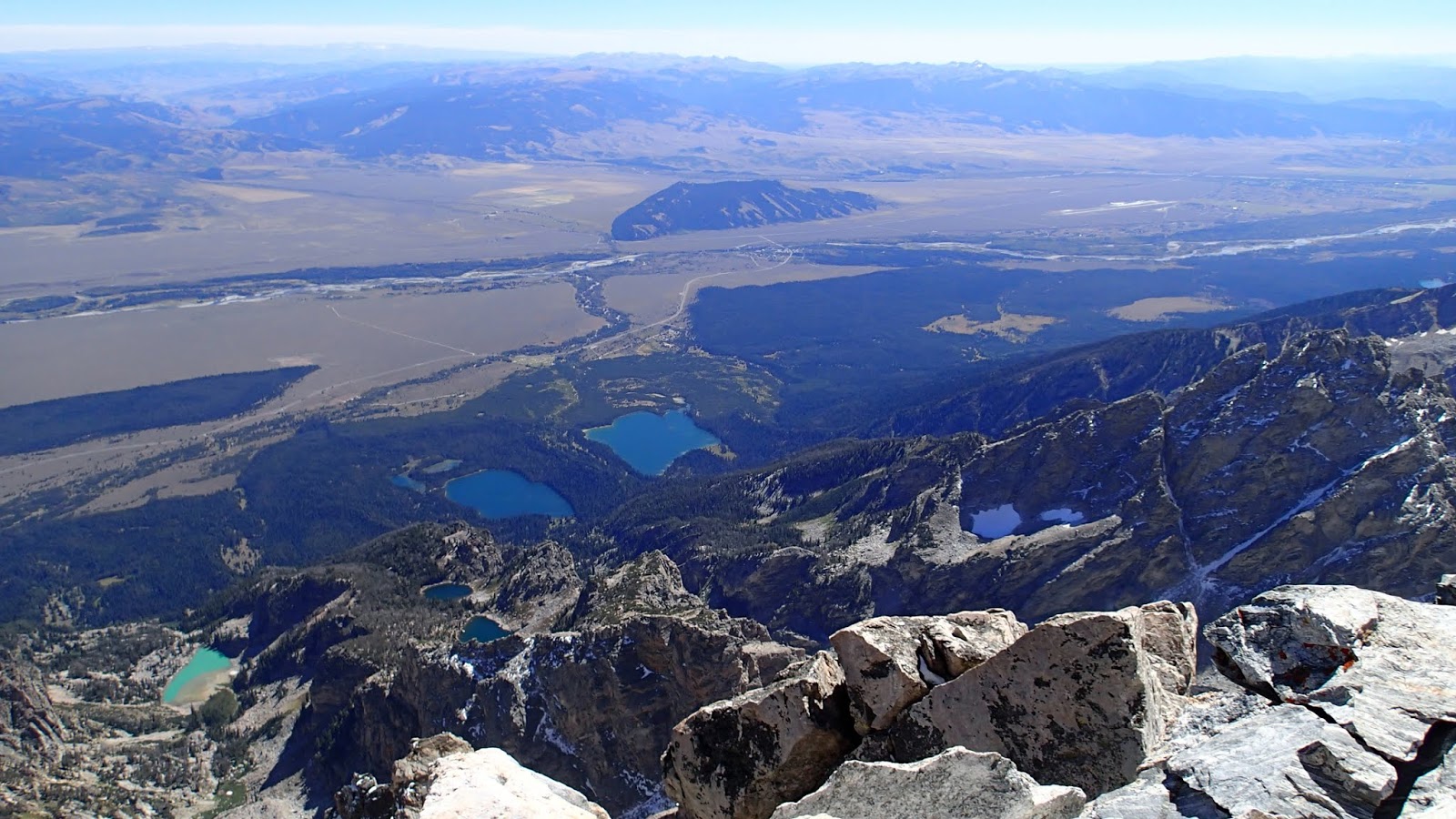 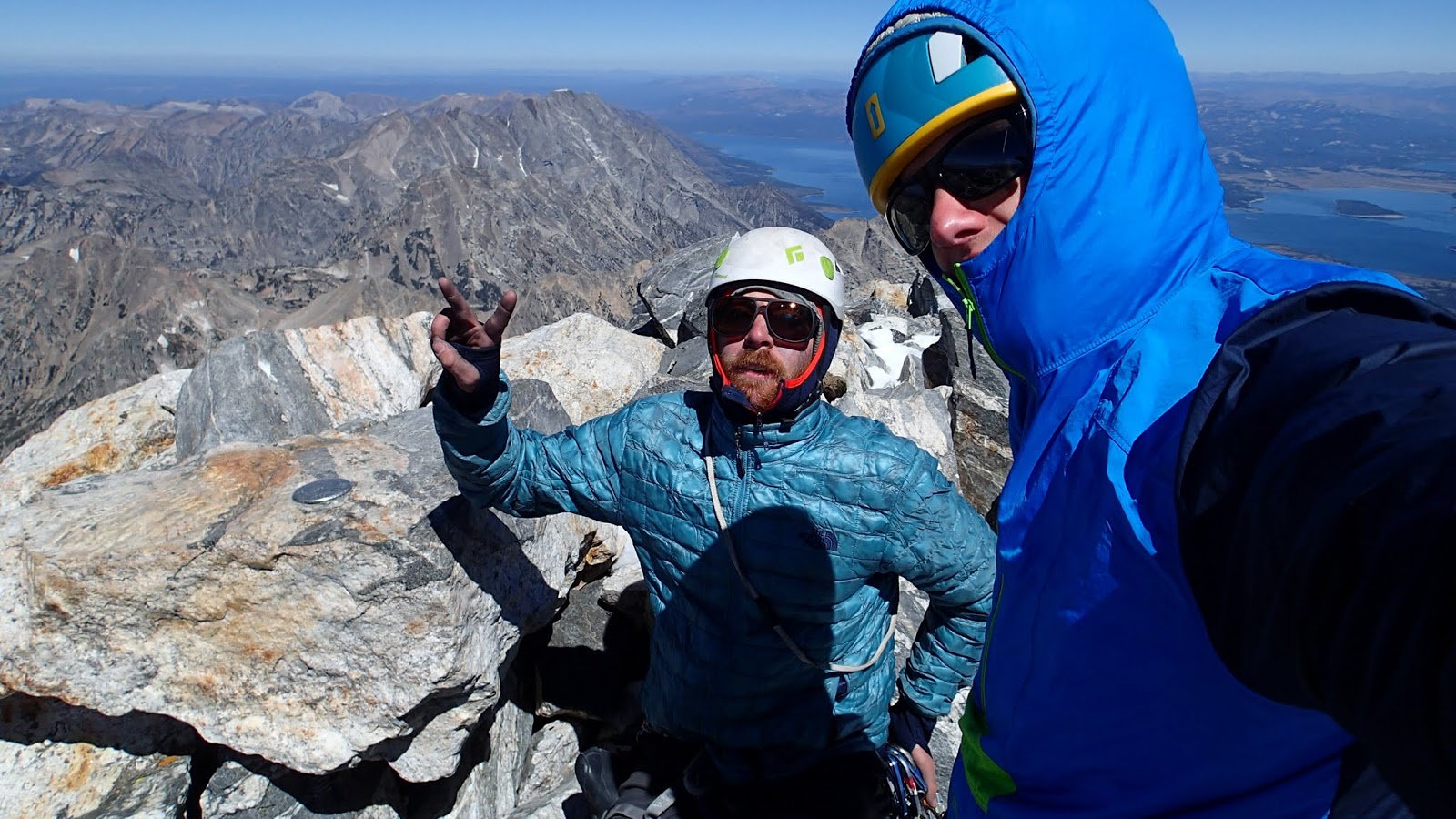 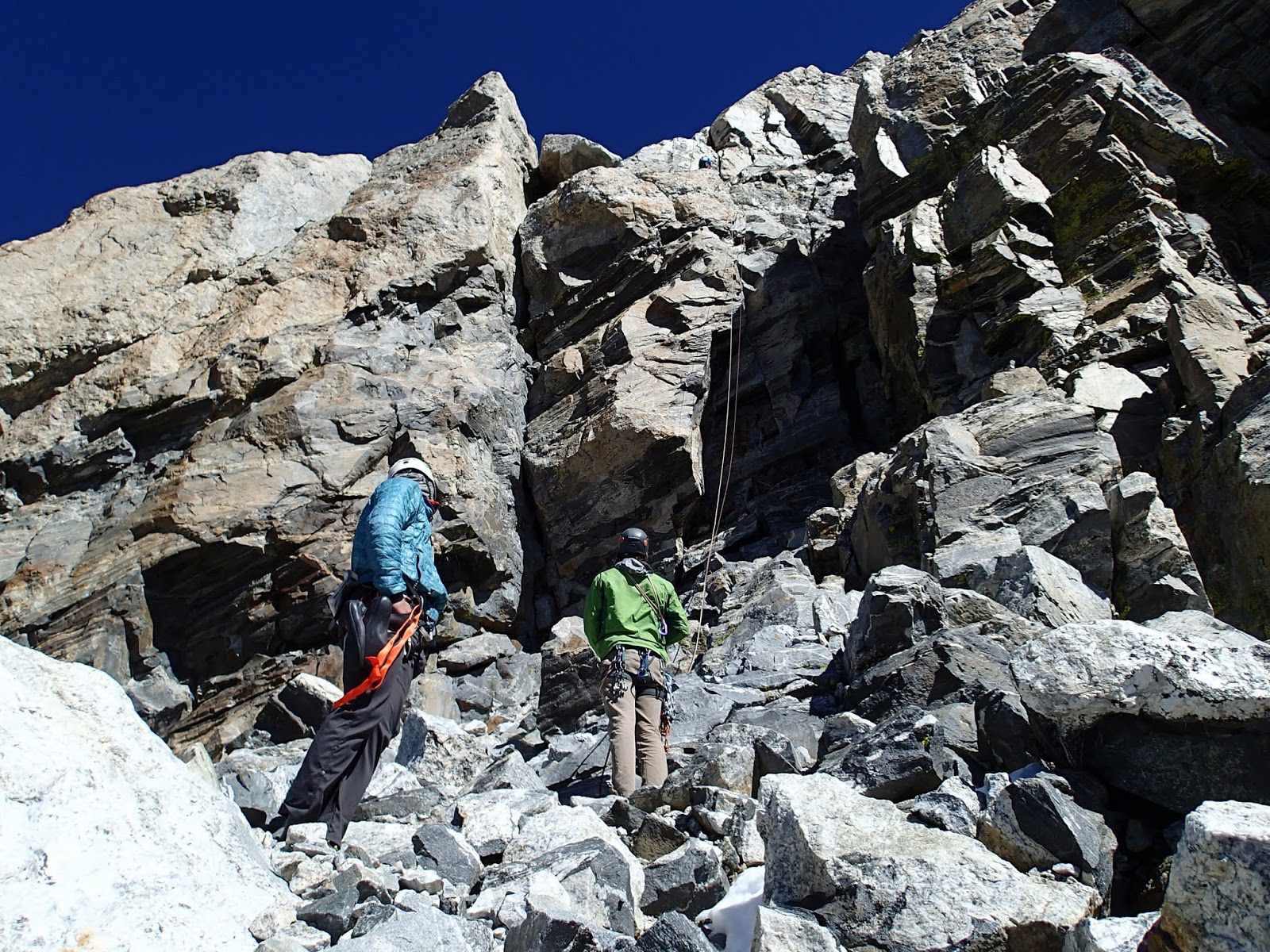 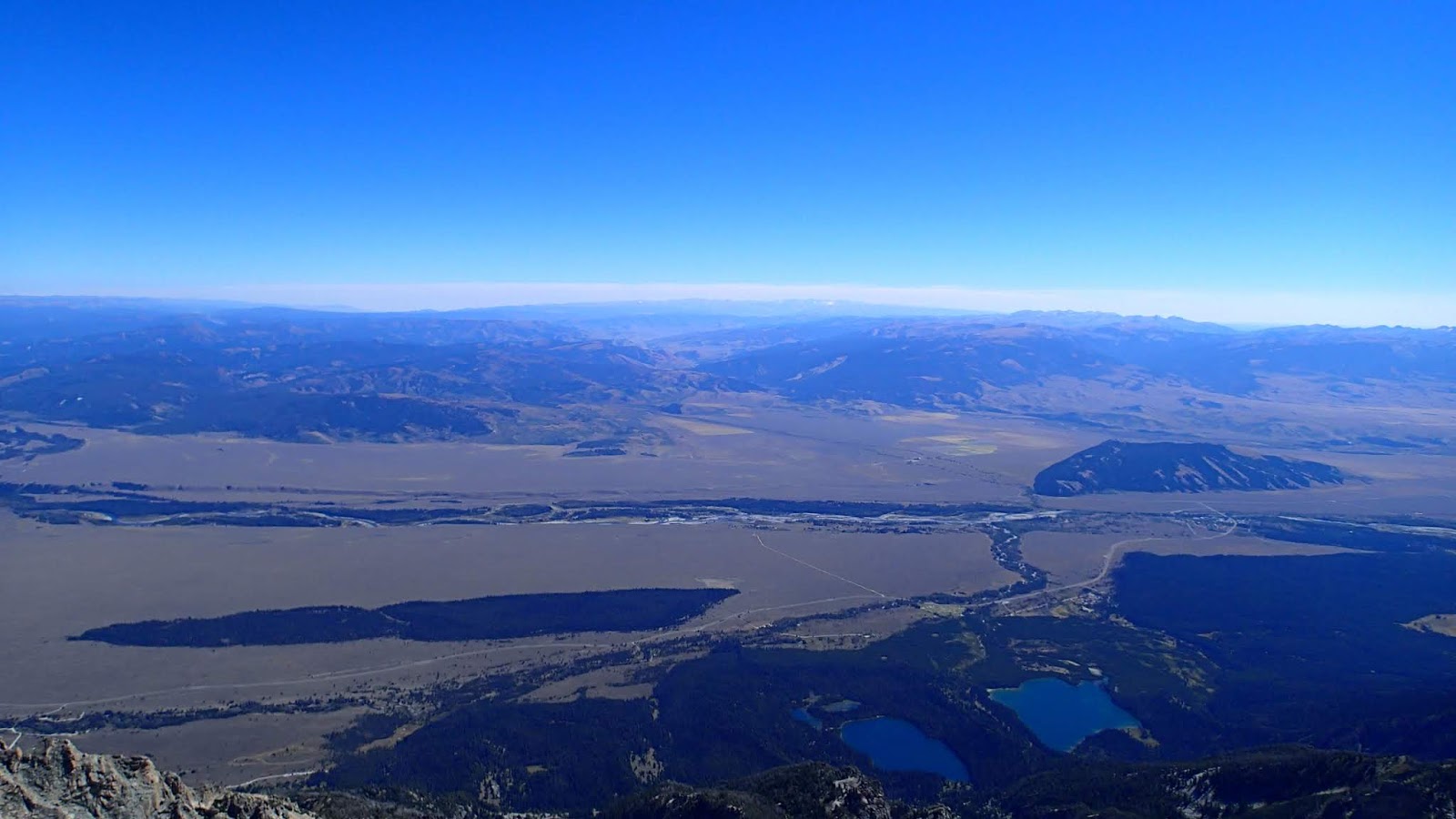