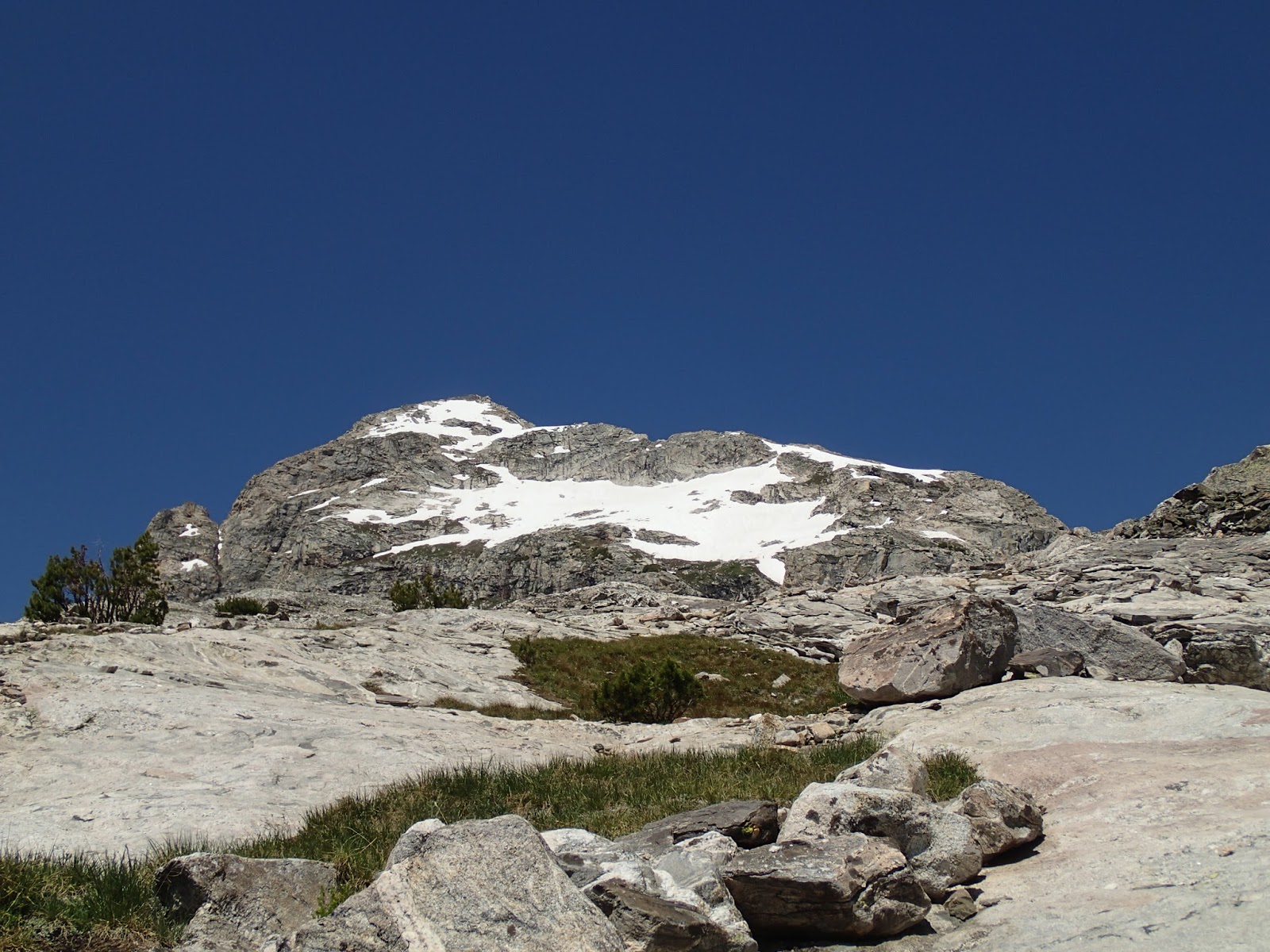 Buck has been an elusive peak, for me anyway, in the Winter. A handful of friends skied it last year and props to that, but I needed a moral boost on this peak so I decided to do it in the Summer instead, until the snow starts flying again.

Also, I was invited to go climb Capitol Peak in Colorado but the weather looked too risky to drive 8 hours on a "maybe". With that motivation, I wanted to climb something, alpine style.

Not ideal, but I was going up solo as friends all preferred to go to work instead of getting into the alpine. After about an hour in I thought I trailed off a little too far left as Buck is more North of the Death Canyon Trailhead. 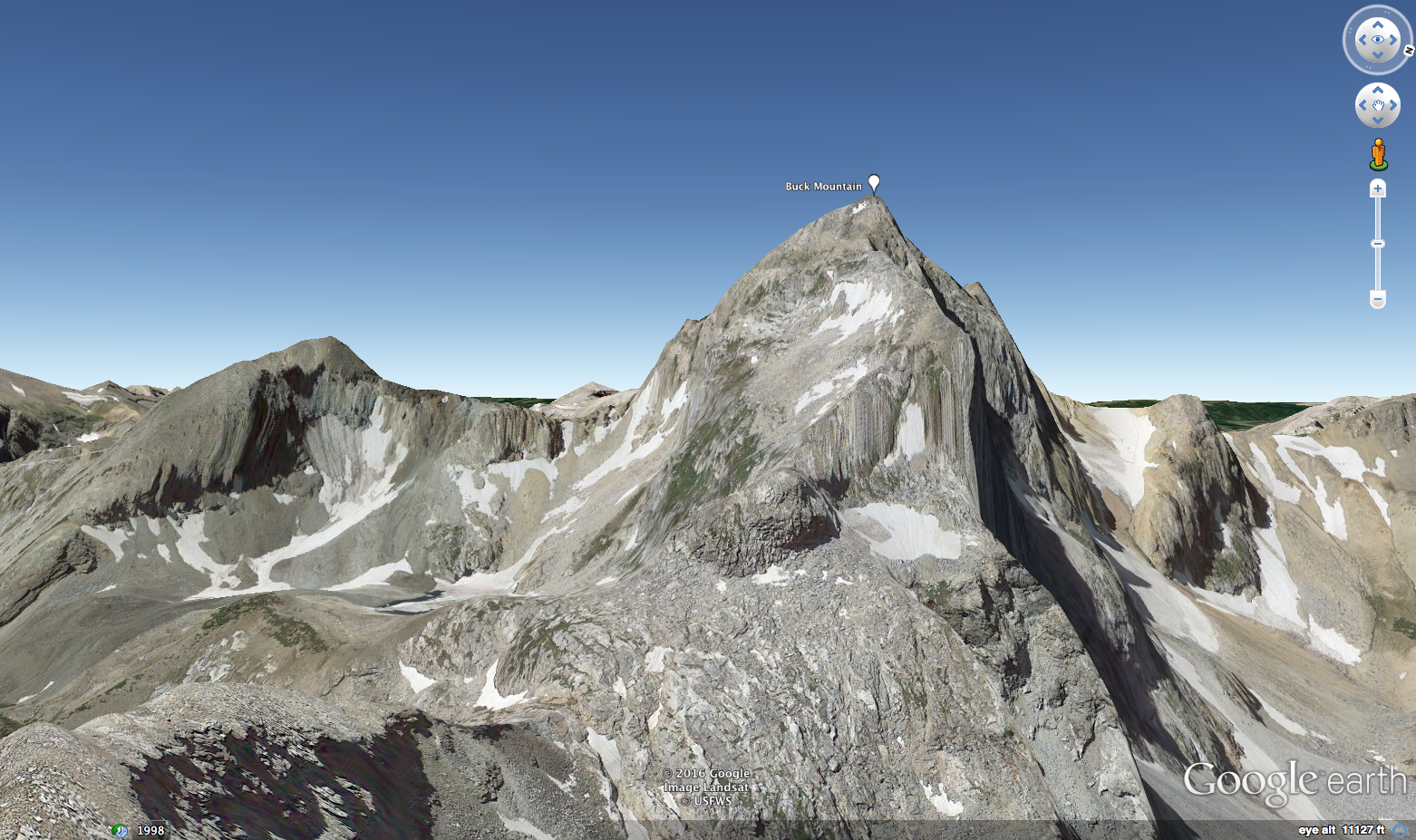 Two hours of bushwacking and route finding which has become a typical outing for myself, I finally link up with the trail that I did not see off the main trail. Arms and legs cut up, and roughly 2 hours off schedule, my stoke is surprisingly not that diminished.

3 hours in of every type of fun; river crossings, getting lost, scrambling, I finally reached the base of Buck. I noticed from the road below there was still quite a bit of snow on the East Face but from afar thought I could meander around it, so I said "screw it" to going back and grabbing my ice ax (at the very least) and crampons. I never intended on bringing my ax in the first place as we have seen 80degree days consistently, Buck is east facing, so I figured (wrong) that most of the snow would be gone.

Climbing up was not horrible but I wish I had gloves as my hands got shredded from punching them into the snow. I ended up wrapping them in a jacket and a midlayer that I brought in-case of windy conditions.

4 hours and 42 minutes later my altimeter read, "11975", which is weird because I am pretty sure that Buck is lower than that, but technology is not perfect.

Sitting down on the summit I looked down and noticed that it is rather steep for someone to glissade down (the act of descending a steep snow- or scree-covered slope via a controlled slide on one's feet or butt) in trail running shoes without at the very least an ice ax. So I made due and picked up a rock that was flat and use that instead. Definitely would have preferred to have my ax, but what was I supposed to do at that point?

So I slid down on my butt and every so often would reach a rock section that had to be down climbed which is much more dangerous than climbing up.

While sitting at the summit this ran through my head, I barely enjoyed it for this reason. "Should of brought an ax," was on repeat on the way down.

I ended up making it down, fine and dandy, but that outing could have been about 2 hours quicker and less stressful.

Live and you learn I suppose. As this was my first major peak in the Tetons, to the top, I do not feel too bad about making a few minor mistakes.

That said I have zero to very little motivation to go back, until Winter of course. 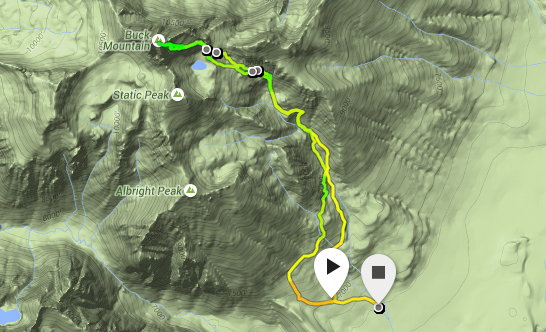 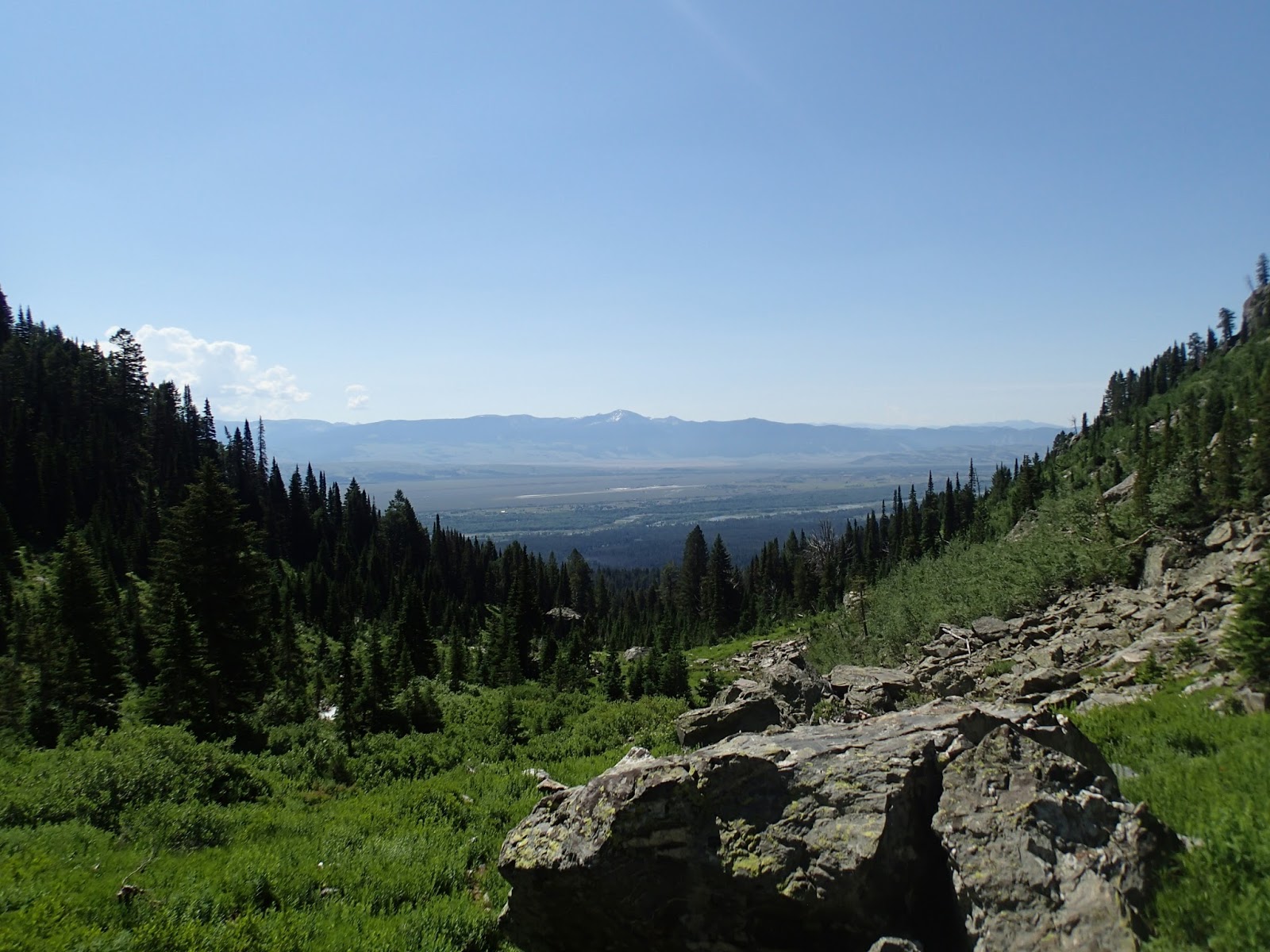 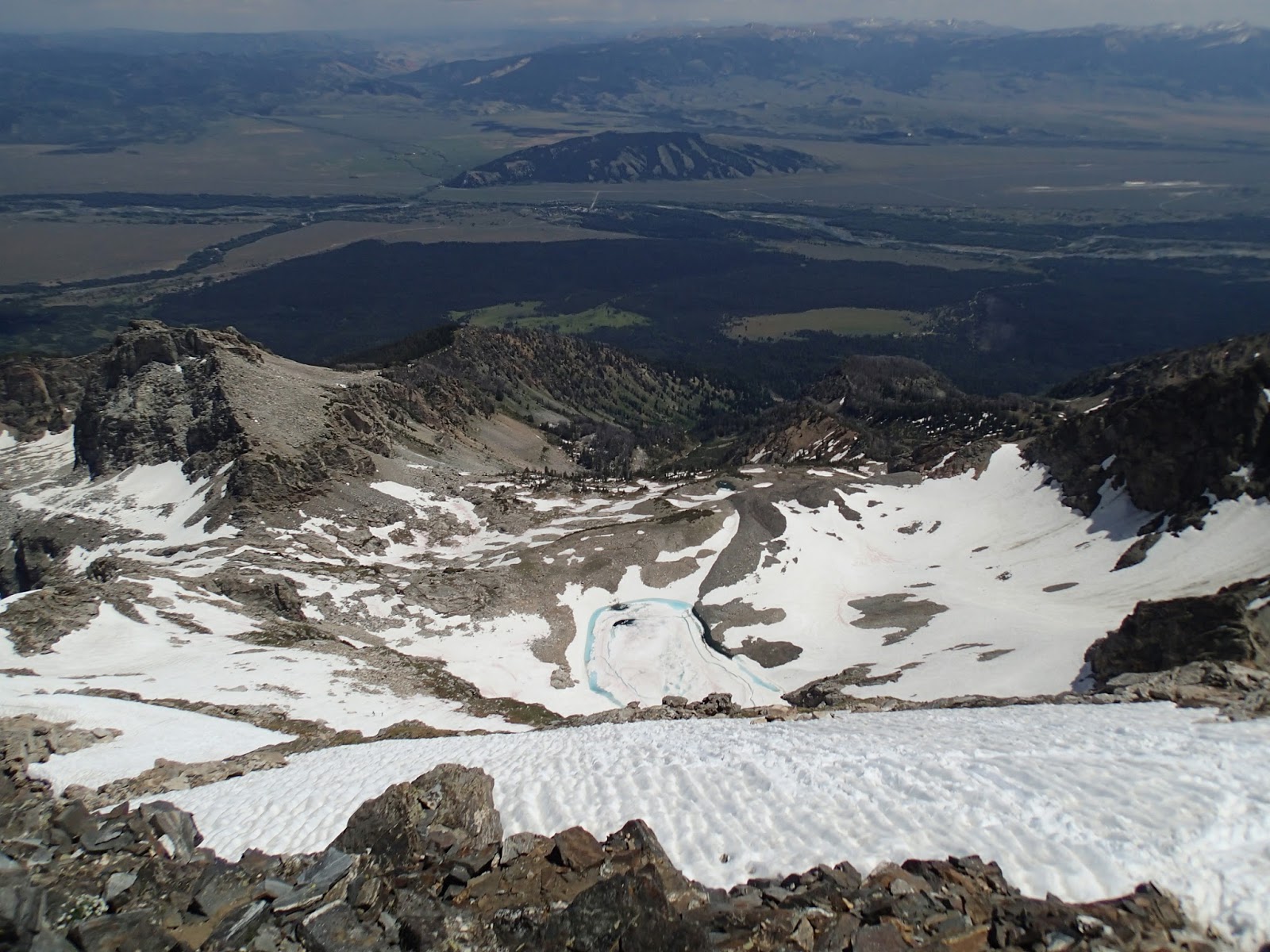 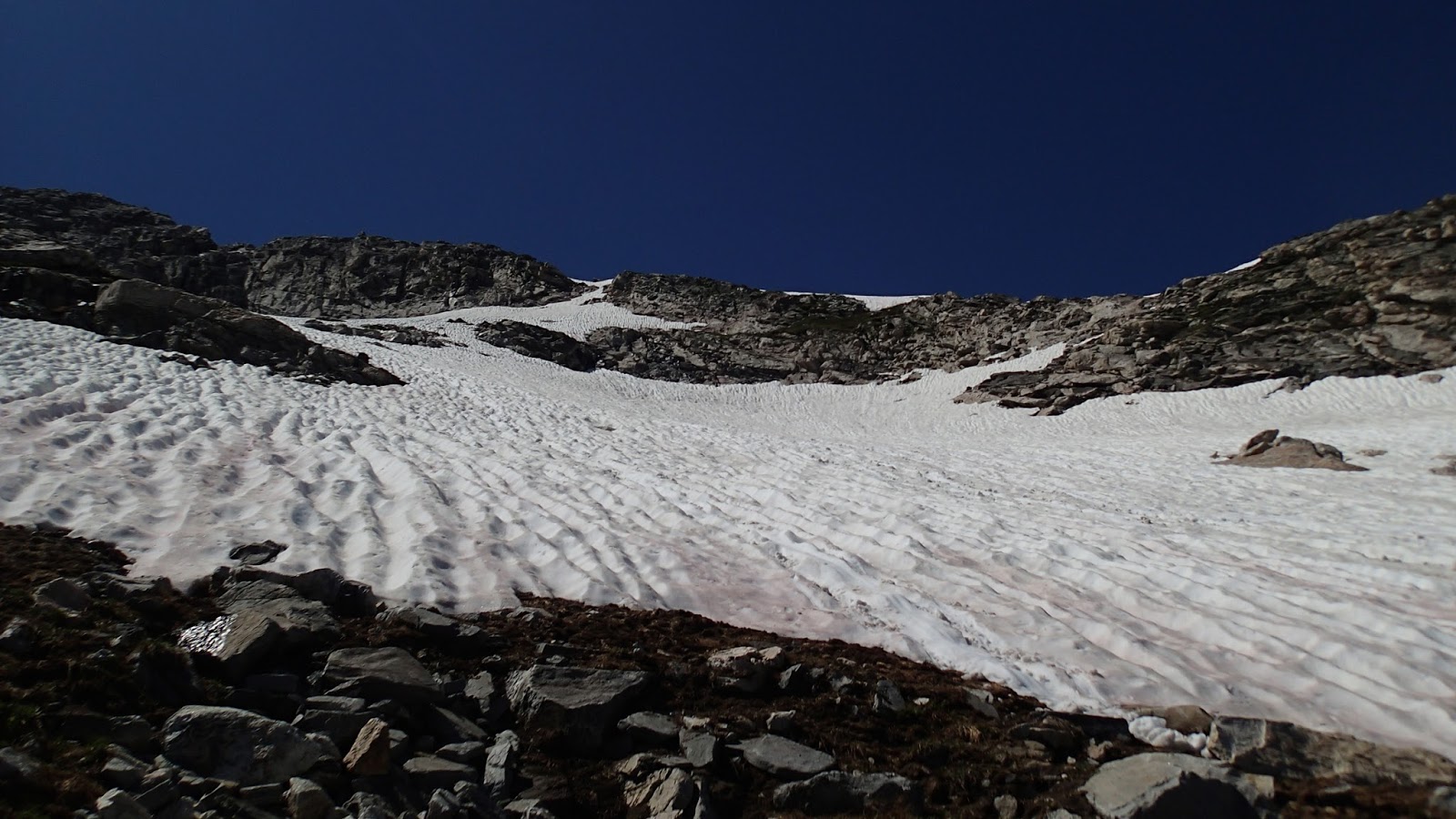 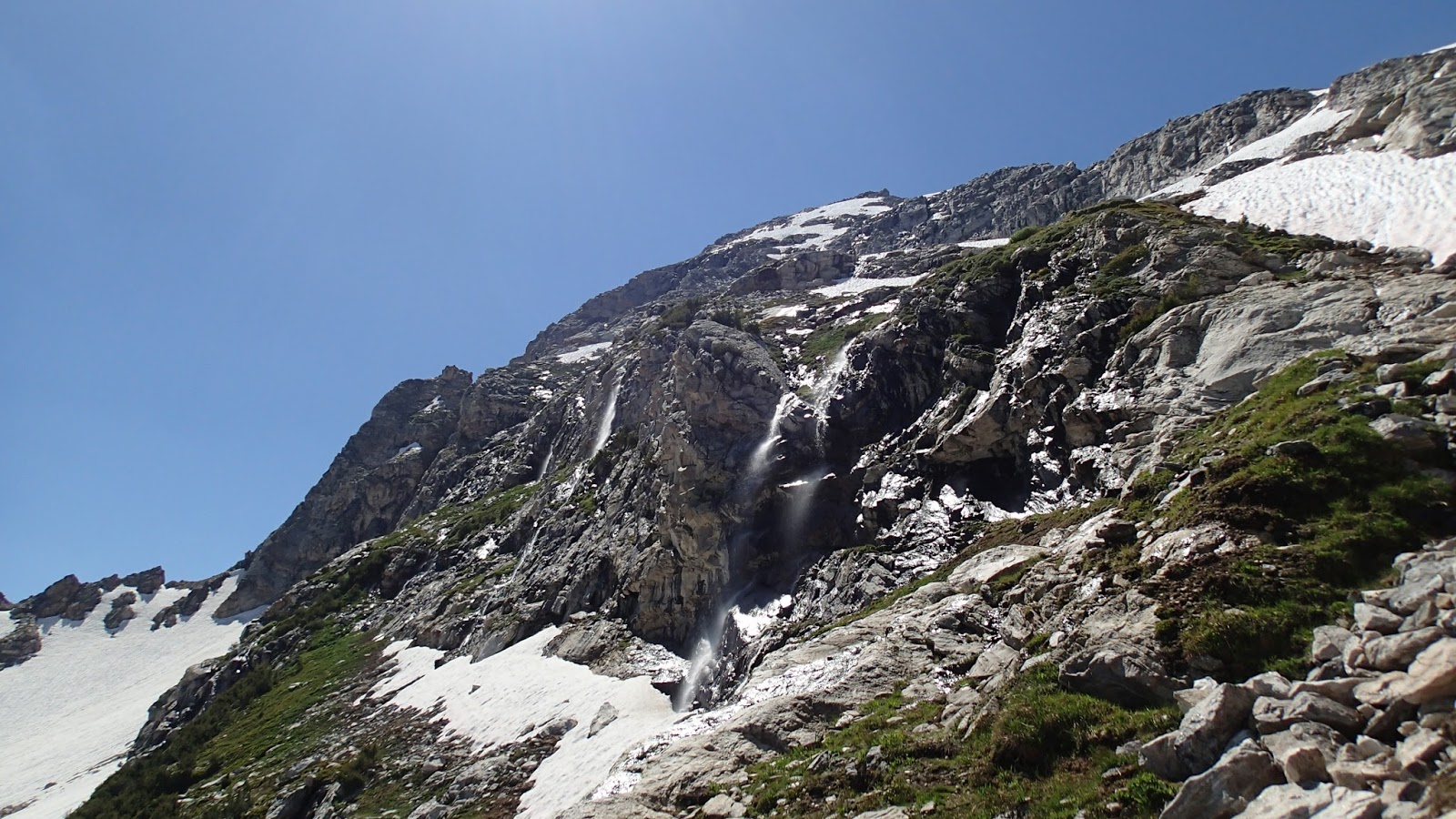 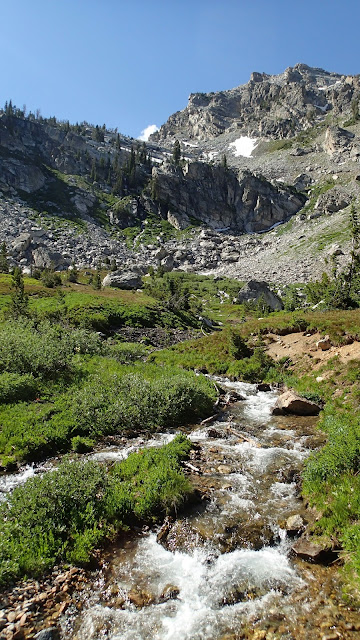 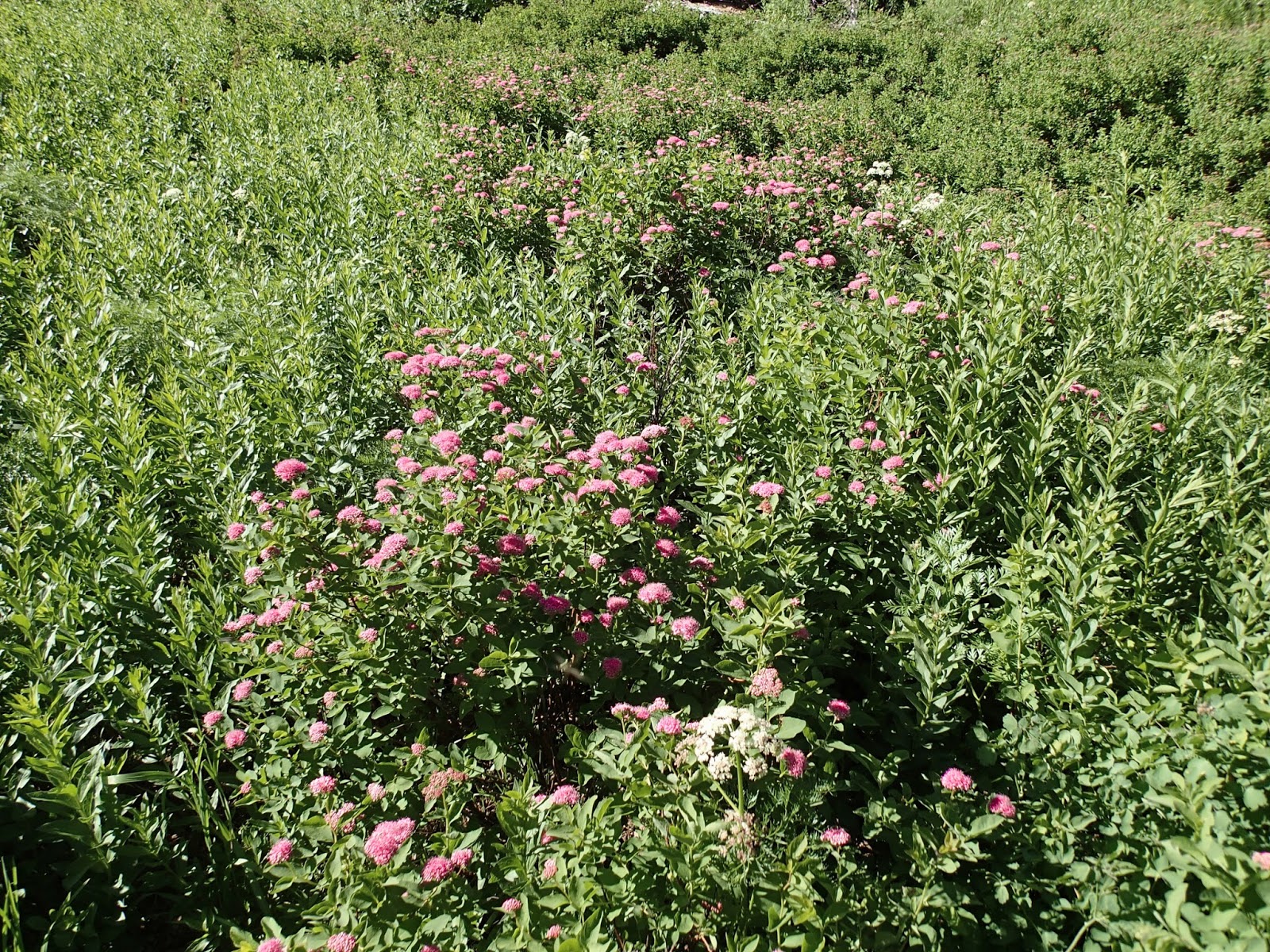 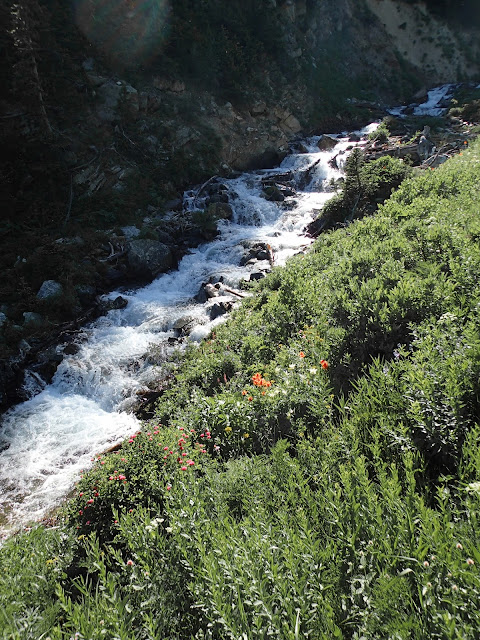 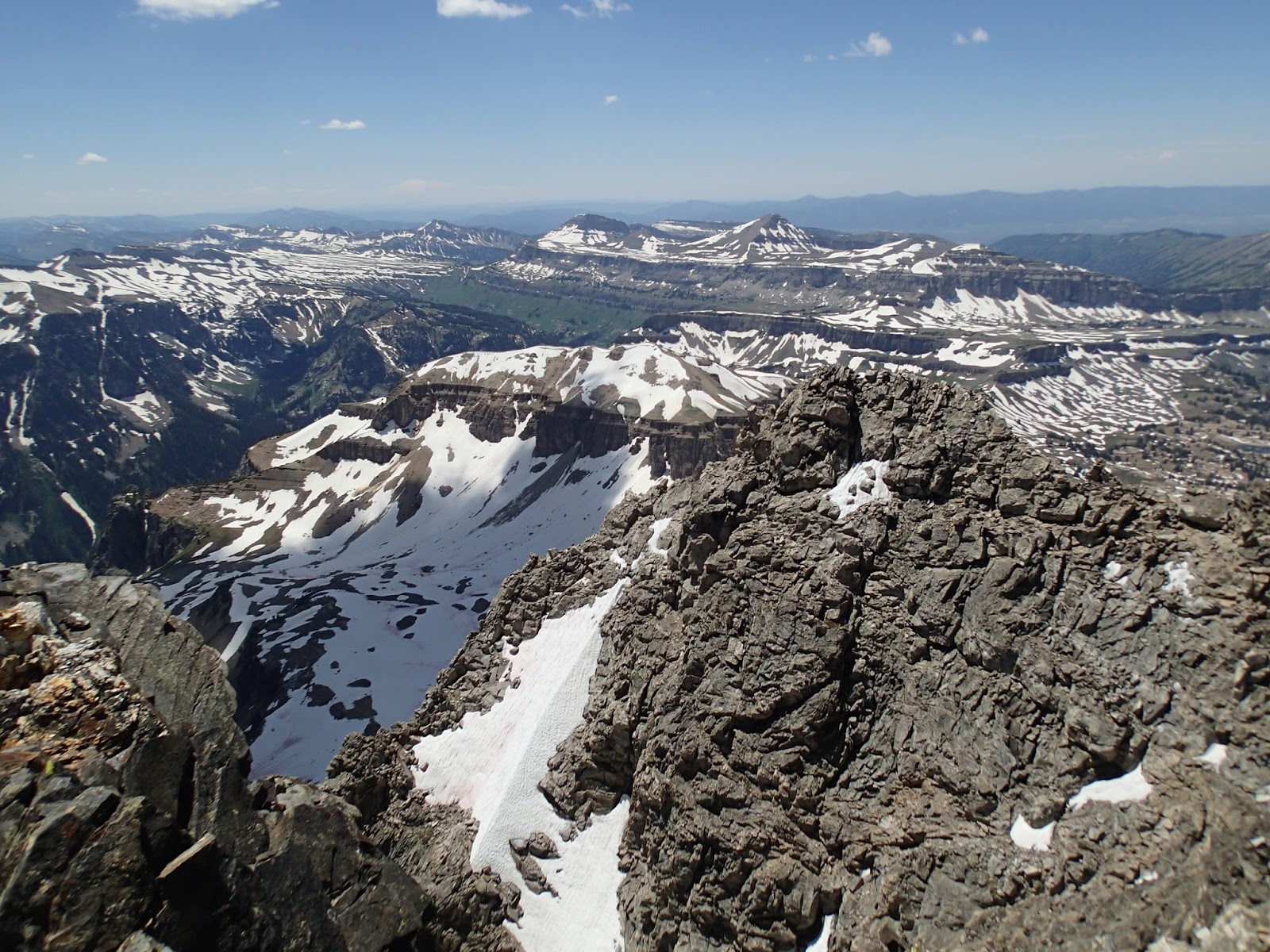 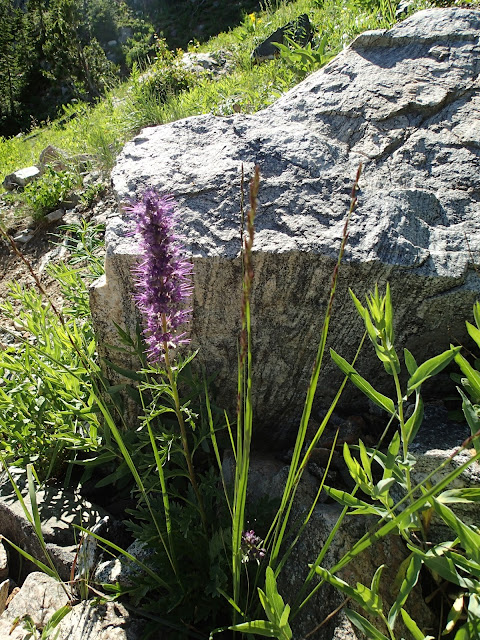 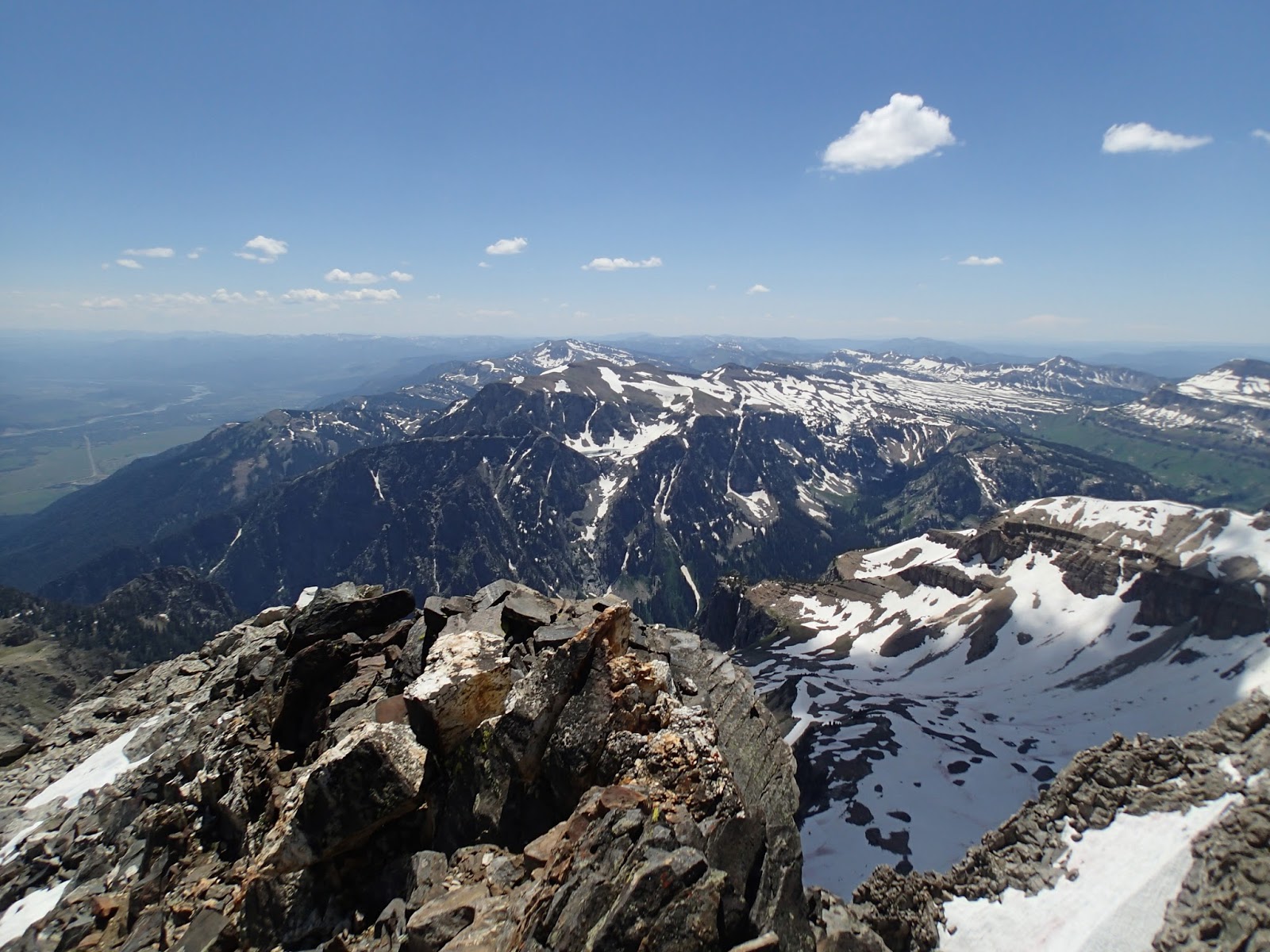 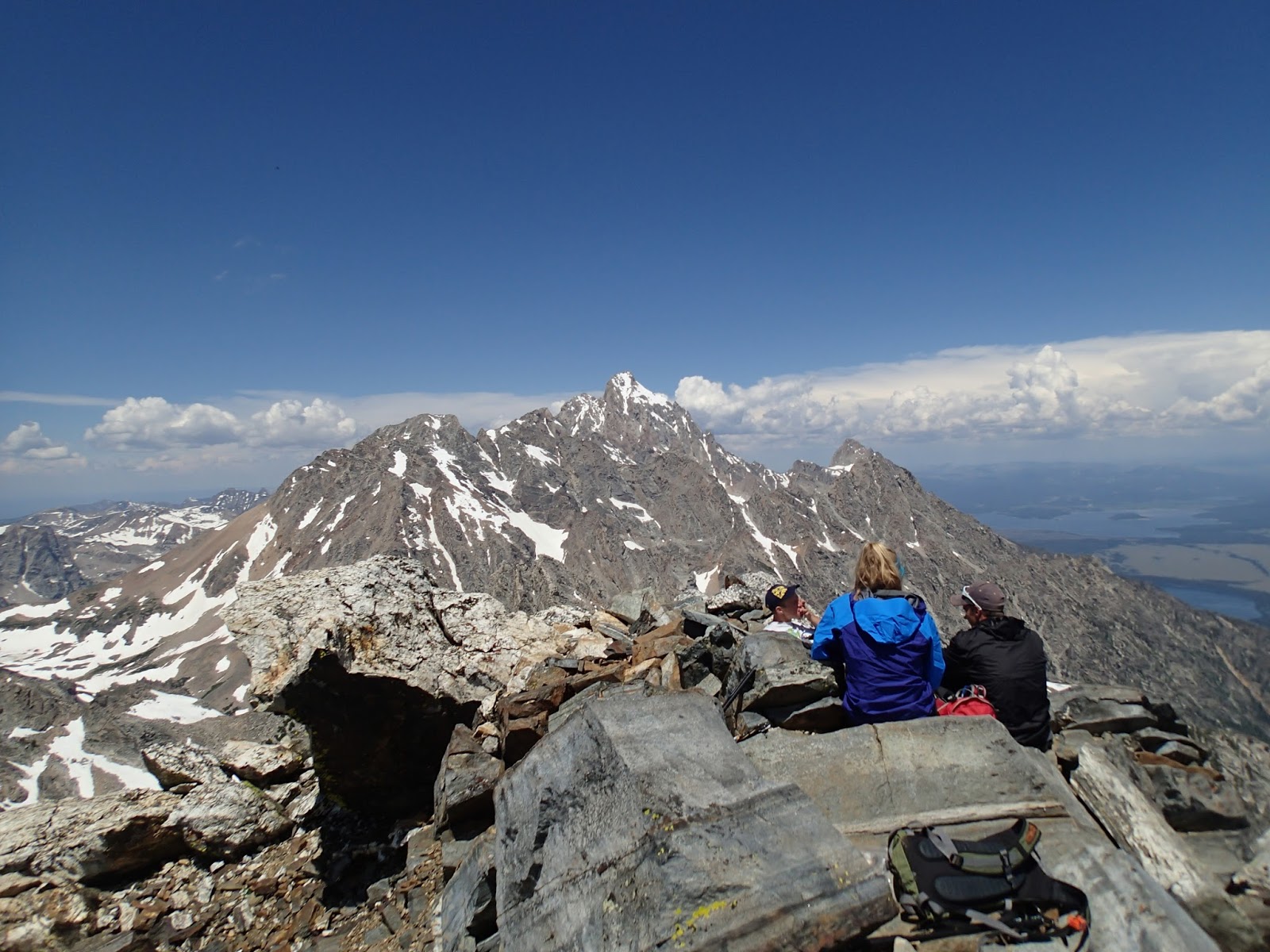 View of the Grand 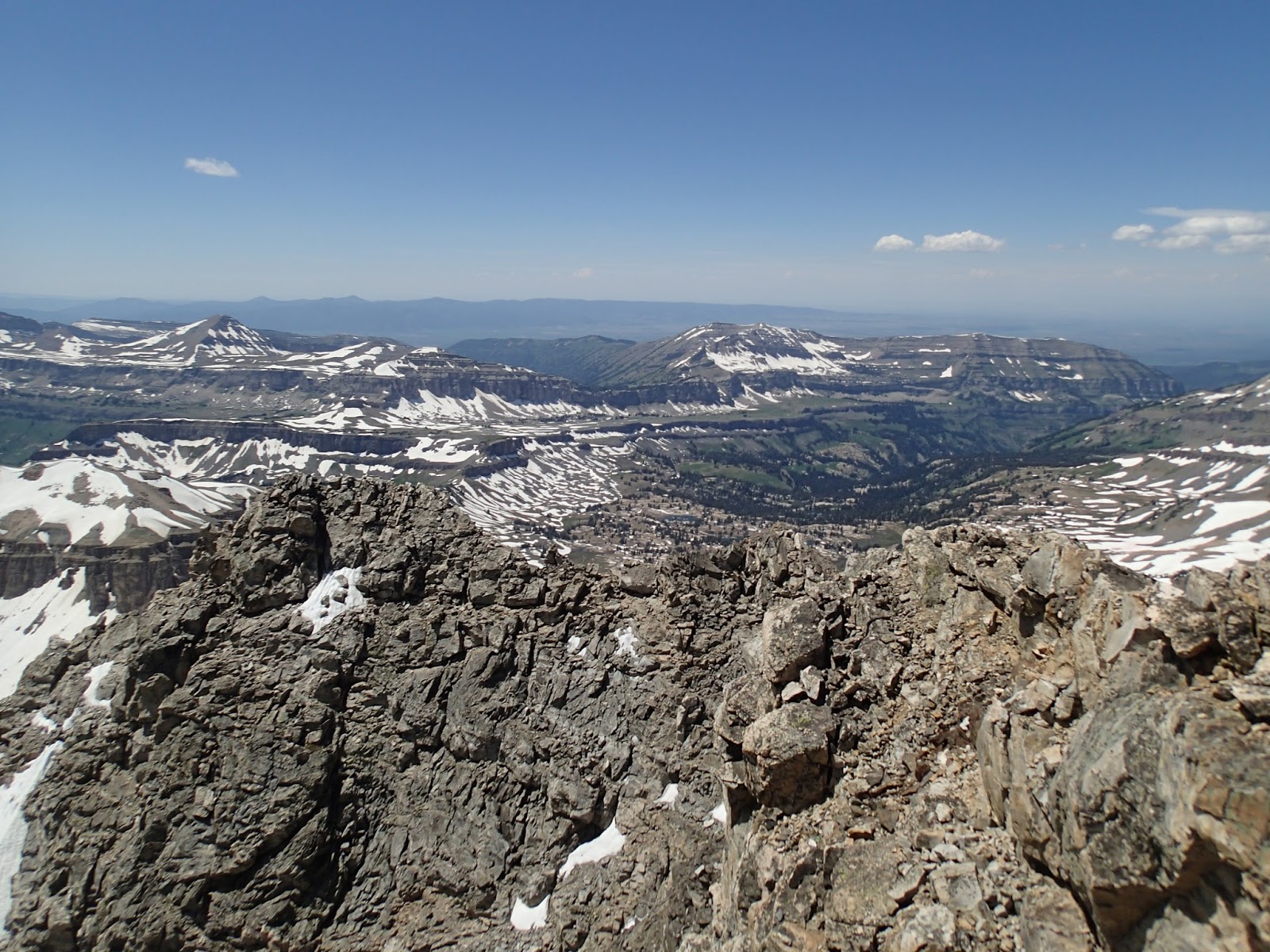 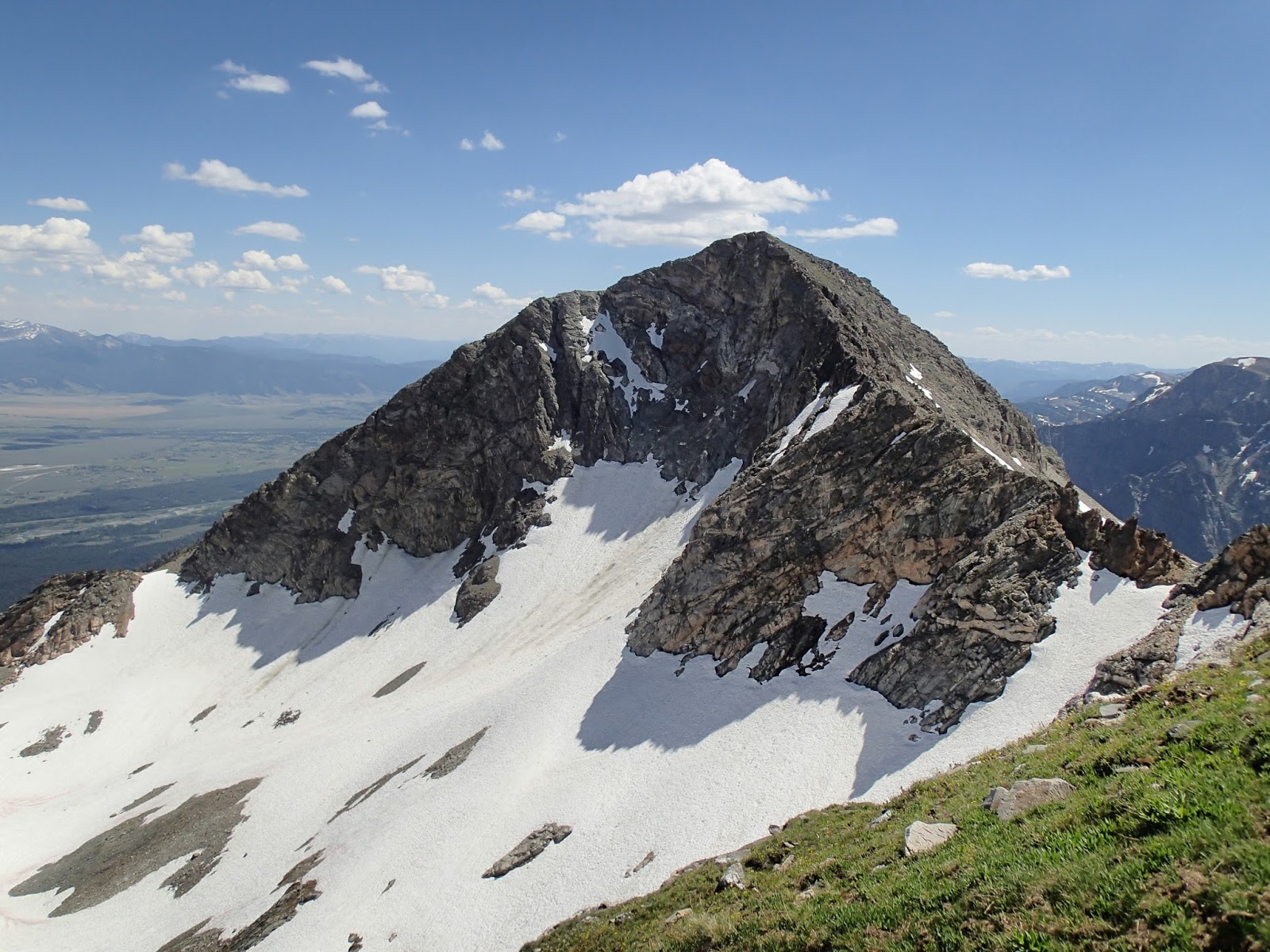