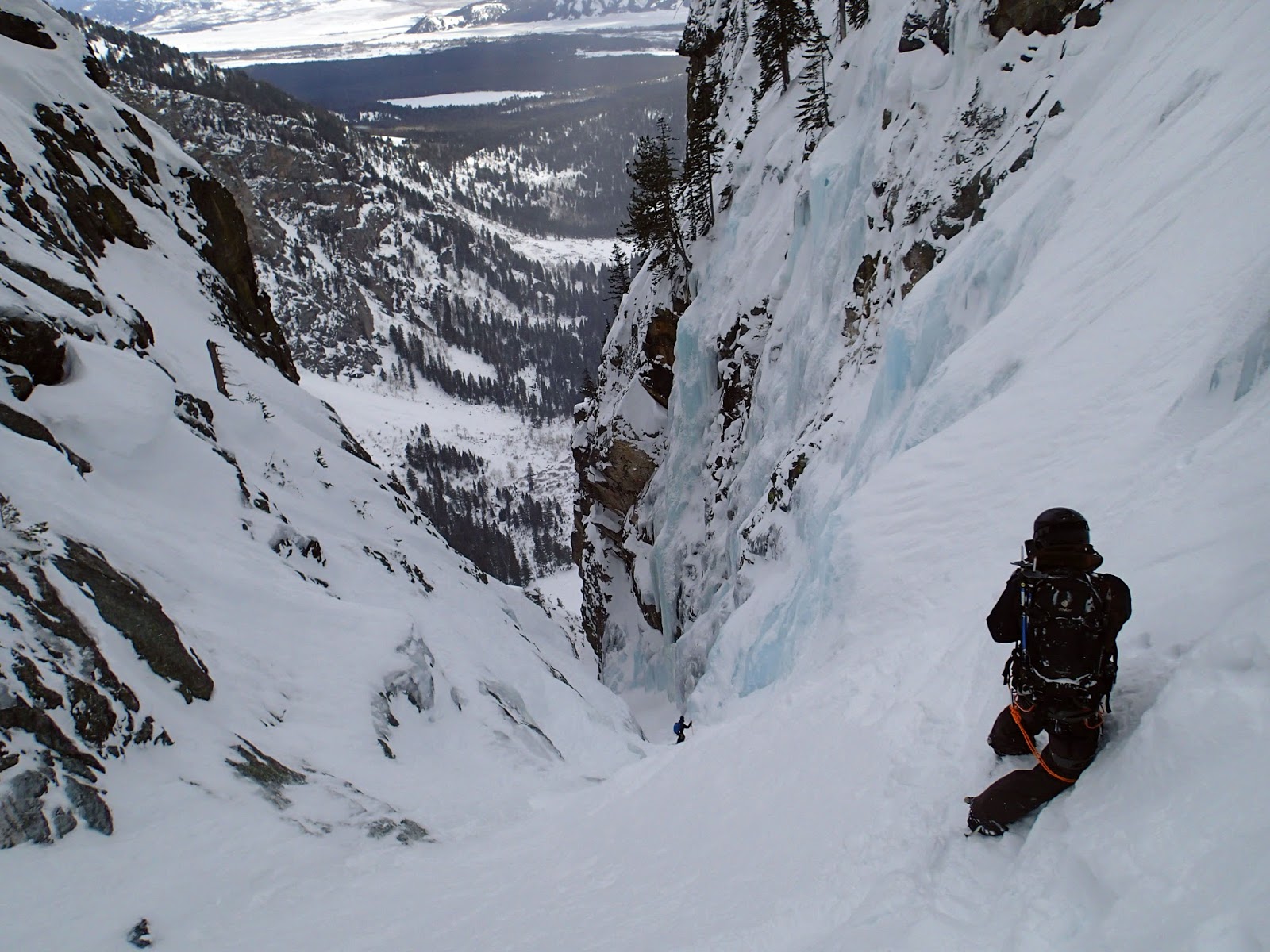 The Apocalypse Couloir, not exactly sure how it got it’s name, is located on a  Northeast aspect and dog legs to an East aspect off of Prospectors Mountain. If you have ever hiked around Phelps Lake you probably would have seen this prominent line. 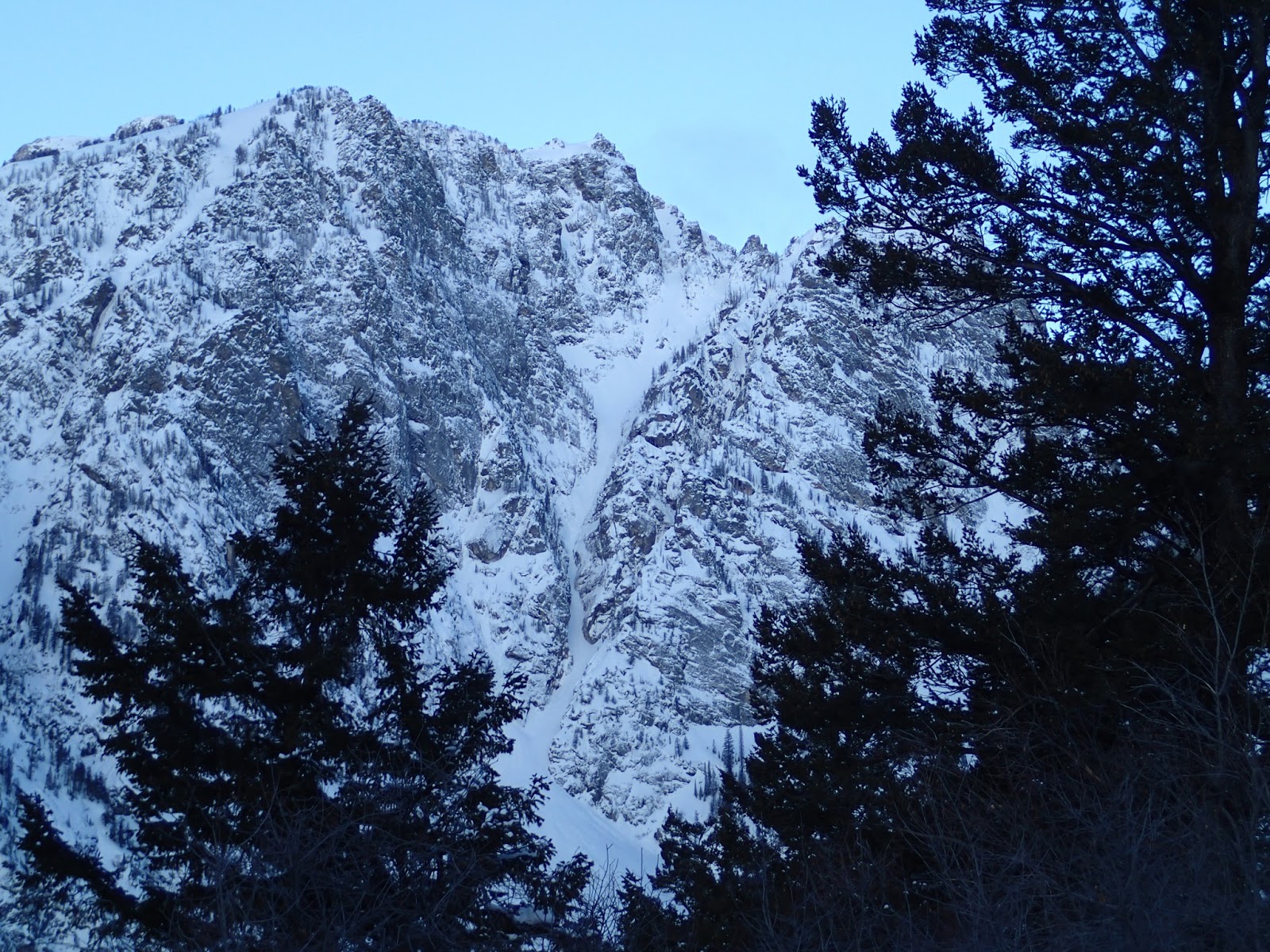 Around 3:15am my alarm went off Sunday morning with a subsequent, “ah shit, I can’t make this,” because the night before I had spent 4 hours standing around at the Rendevous Festival in Teton Village listening to Franti and Portugal and the man. Fortunately I held true to my one beer maximum but, still, with only 4 hours of sleep under my belt I was oh-so-close to flaking, a pet peeve of mine. But I pulled myself out of my warm bed to be a half hour late to the parking lot. I met up with the crew at 4:30 in Jackson to head up to the trailhead. Getting to the trailhead  a buddy left his boots and poles back at his car, which he paid for in beer and nachos. So we went back, grabbed them and got a little later start. It didn’t phase me though, as all I cared about with the sun being as intense as it has been that we summit by noon. 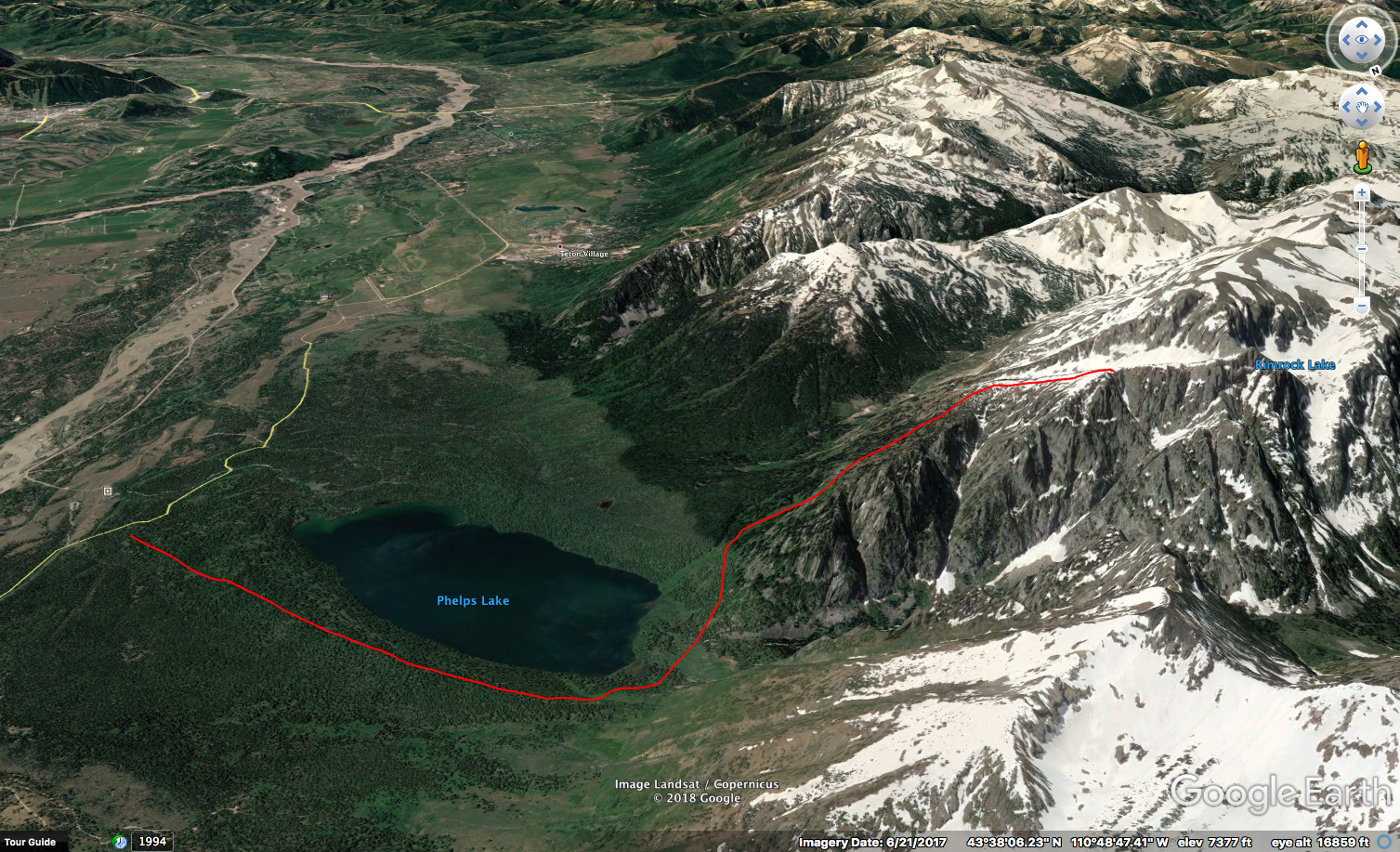 We finally left got to and left the trailhead at 7ish. The route we took was the Summer trail down to Phelps and hitting the East ridge on Prospectors. Looking at topo maps, it looks steep, and it can be in some sections but overall was an easy 3.5 hour skin to the entry at 10000’.

While walking up, the snow was variable - sun crusts low, wind packed up high, ranging from 1-6” of new snow. It made me a little uneasy when I got service and read the avy report for the day, “8 inches widespread to 12 inches in leeward slopes, SW winds 35 mph gusts...”. The circumstances getting into Apocalypse requires you to be confident because you must rappel into it (or climb from the bottom). We discussed our options for awhile, made a plan, and in the end of our talk decided it is good to go. 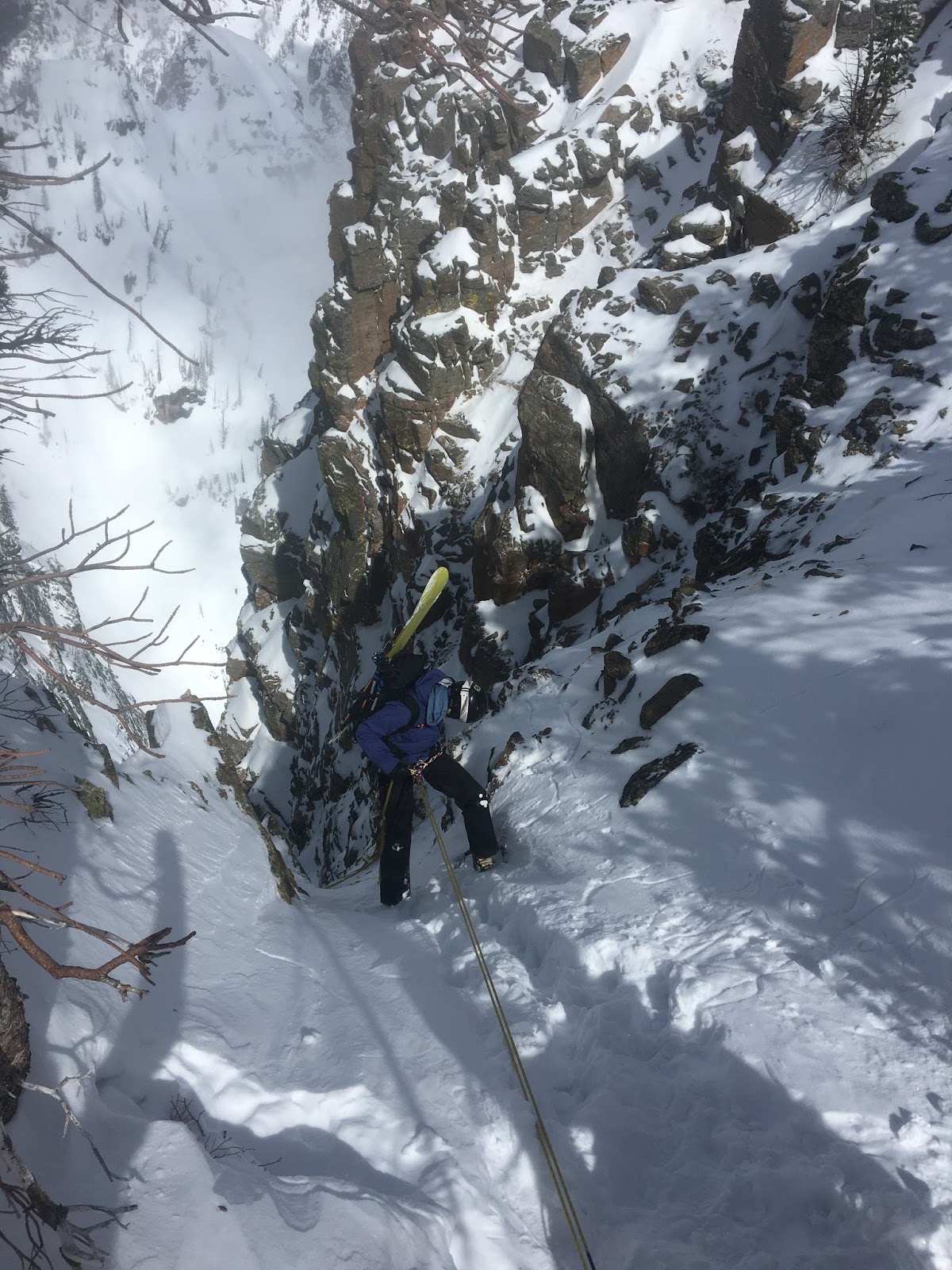 We set up the 1st rappel station on the tree at the entry of the couloir, a 2nd to a spot skiers left maybe 20m down on some nuts that were graciously donated by someone, and the 3rd rap was more than 30m down and I only know that because we had a 60m rope that didn’t make it. I lowered the first and second to get to the 3rd rappel spot that was set with pitons but I had to get down somehow. I screwed up and forgot to do a tagalong (pull through, whatever you call it) and had to down climb the remaining 5m from where the rope ended. It wasn’t terrible but not the safest way to do it, even if below me I was on belay in-case something were to happen.

We set up one last rappel on the 3rd spot and, with a 60m rope, made it easily to the ice cave. This is worth noting because this is it. This is where we can start skiing. Also check out the back of it if/when you’re in there - crystals line the walls and ceilings.

Reaching the safest spot in the couloir, we roped up one last time to ski cut the slope. I did 3 cuts and got no movement. Well, plenty of slough did move but nothing that terrified me. It actually felt great. I detached from the belay and moved down to an alcove to wait for the others. 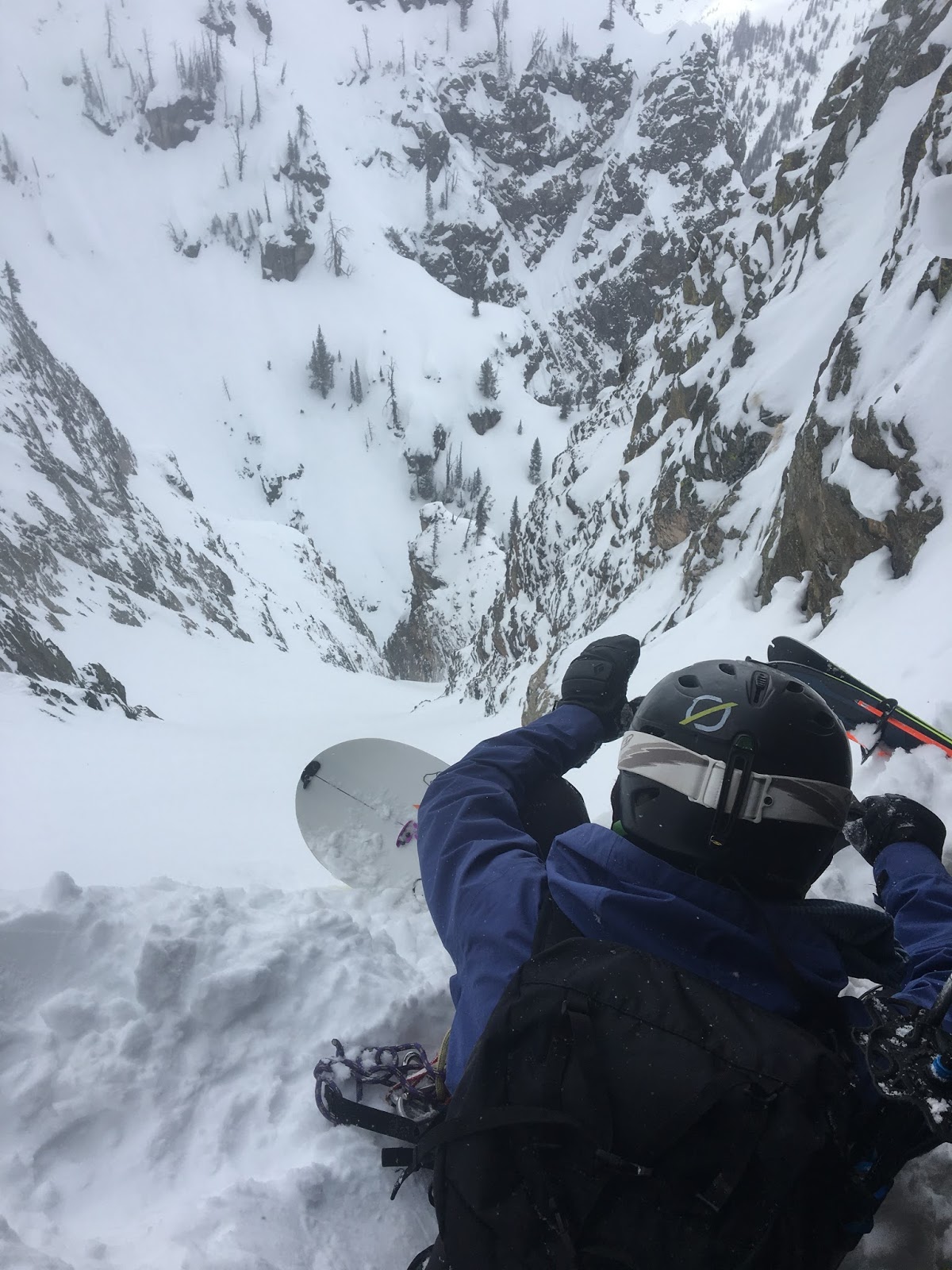 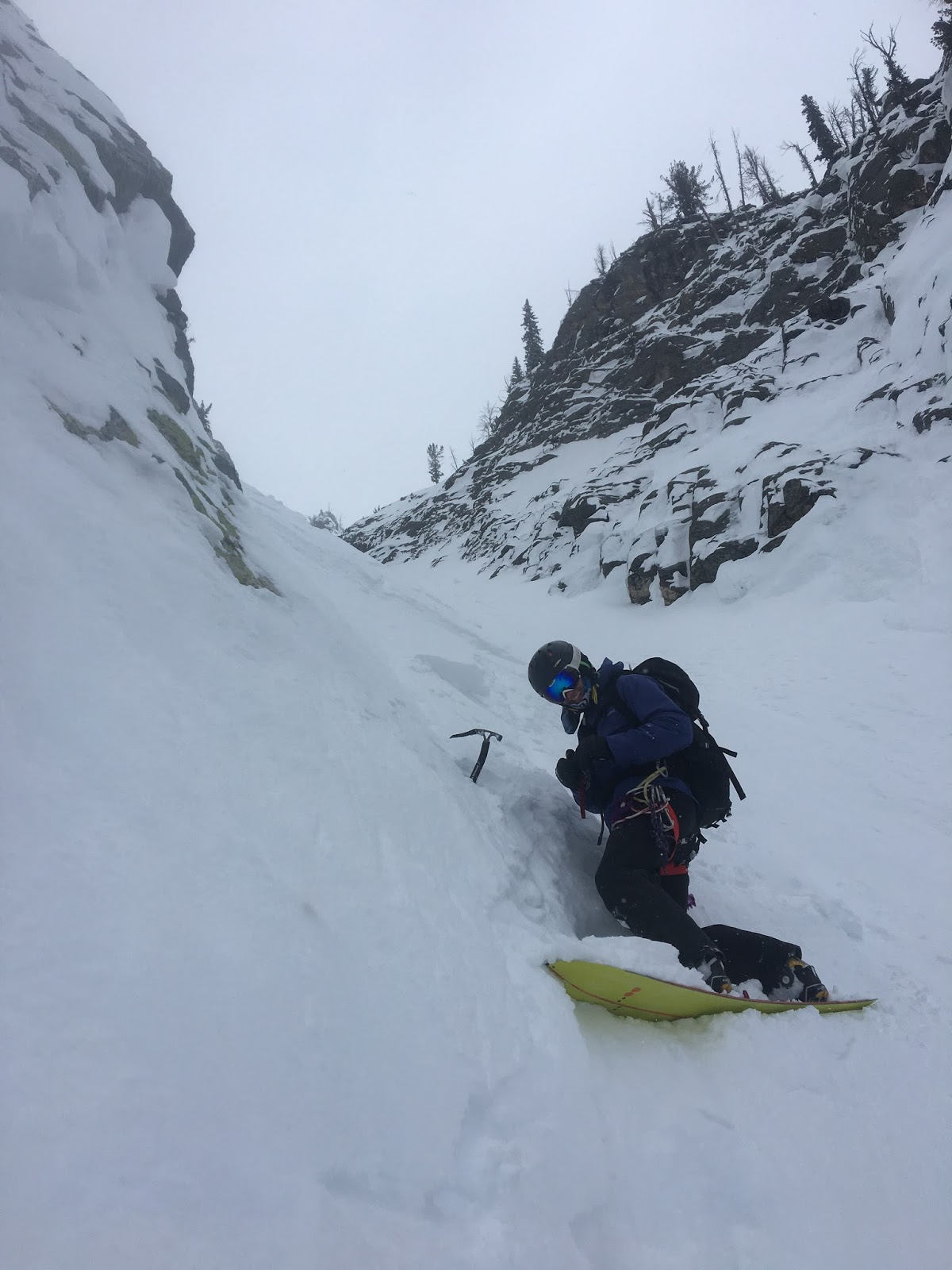 We picked our way down the couloir trying our best to ski it one at a time and ducking into safe spots. There are a few decent spots but nothing that gives total confidence.

The snow stayed stable throughout the whole line and we leap frogged each other slowly making it down in the variable snow - some hard pack but also some waist deep spots. It was an incredible line and we hit it just right with some of, I would think, the better conditions it could of been skied in.

Looking back on the day it took us a long time to get out. We spent 8 hours out there, total, and I would venture a guess 1-2 hours were spent rappelling and ski cutting. Also a 70m rope would of been nice. We saw a couple Exum Guides and asked them what they typically use. They said two 40m ropes makes it much easier, which makes sense now because it would of given us plenty of room to work with. 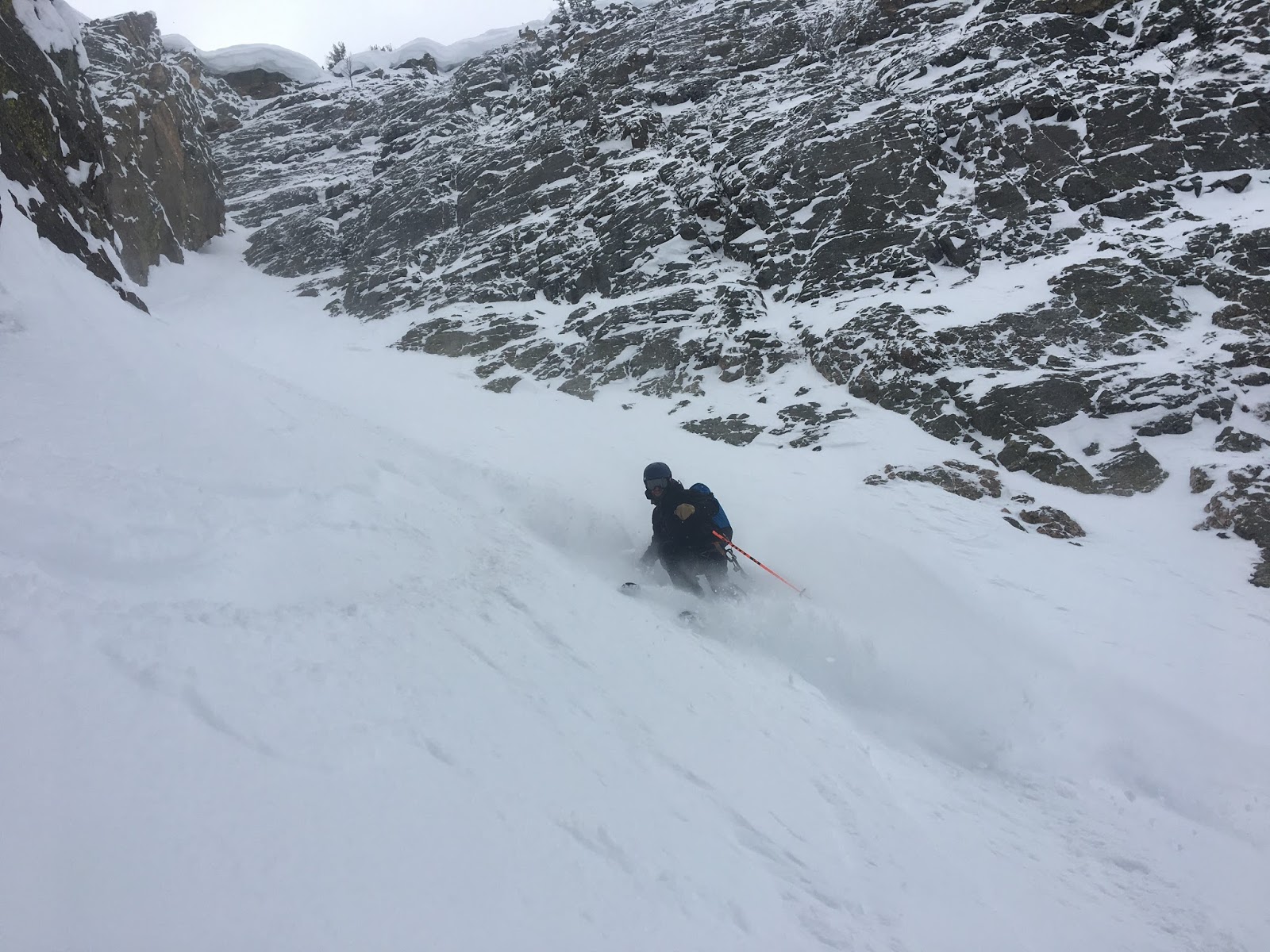 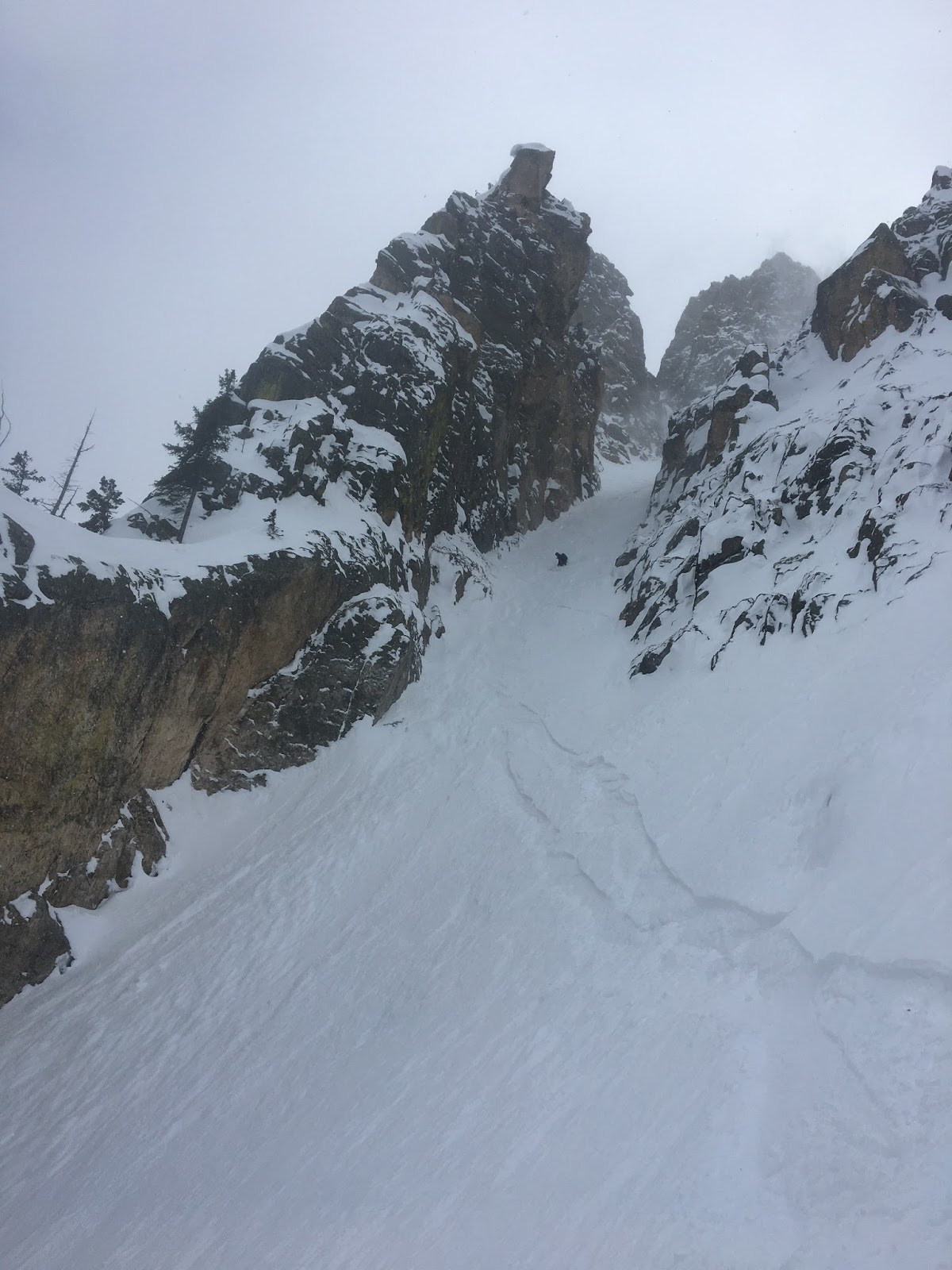 If you’re reading this and contemplating doing this line, I would when you’re ready. It’s got everything and is one of, if not is, the most aesthetic line I’ve ever done. 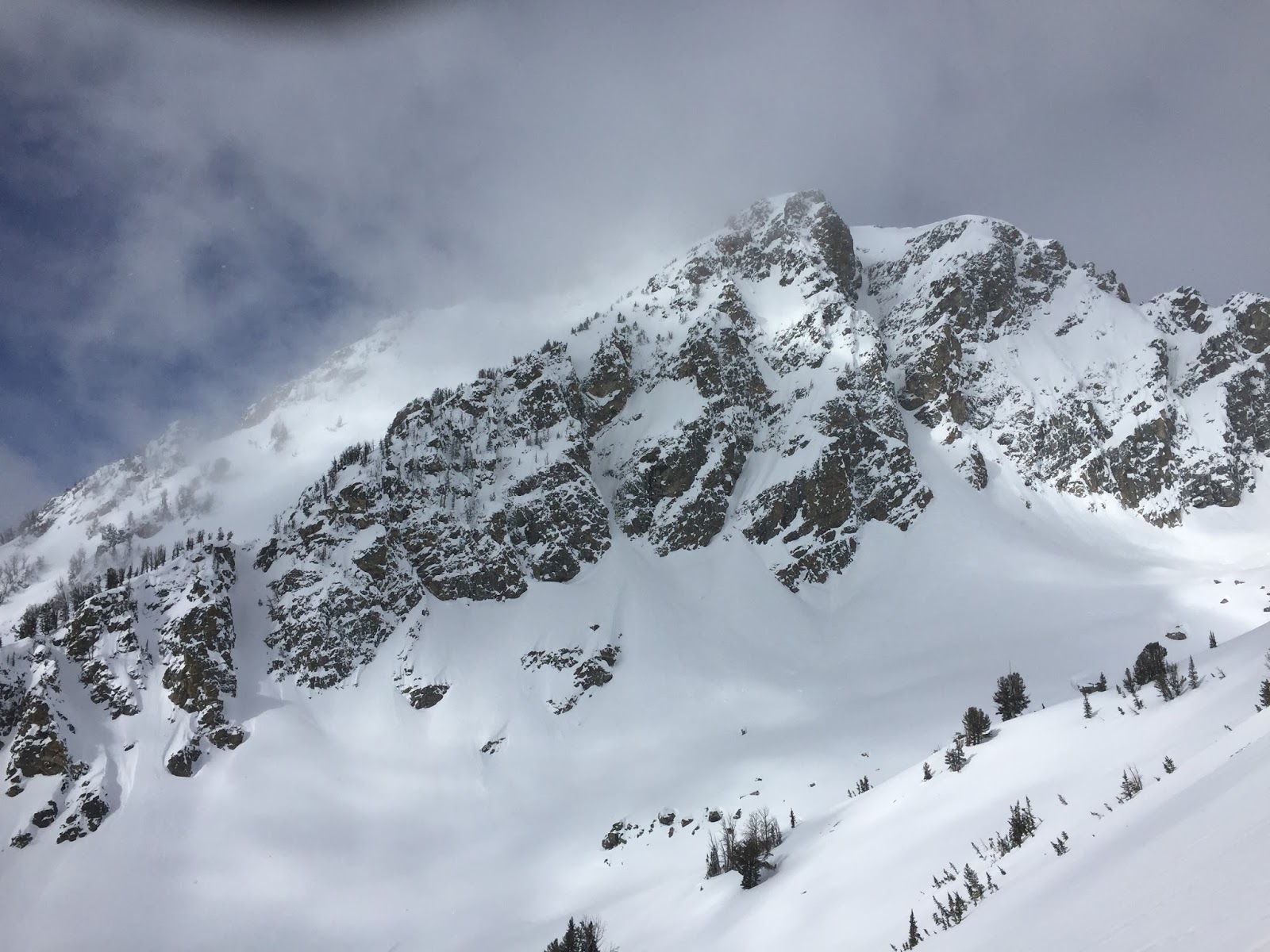